The 2016 election saw the rise of fake news websites which distributed fabricated information packaged to appear as legitimate news articles. The study, released last week by the political scientists Andrew Guess, Brendan Nyhan, and Jason Reifler, examined web traffic data collected from the computers of a national sample of Americans from October 7-November 14, 2016 — a period which includes the final weeks of the 2016 presidential campaign — in order to map who consumed fake news and which platforms helped spread it.

The authors highlighted the role of Facebook in propagating fabricated information, reporting that “heavy Facebook users were differentially likely to consume fake news, which was often immediately preceded by a visit to Facebook.” Fake news consumers were much more likely to be referred to those sites from Facebook than from Google, Twitter, or email. 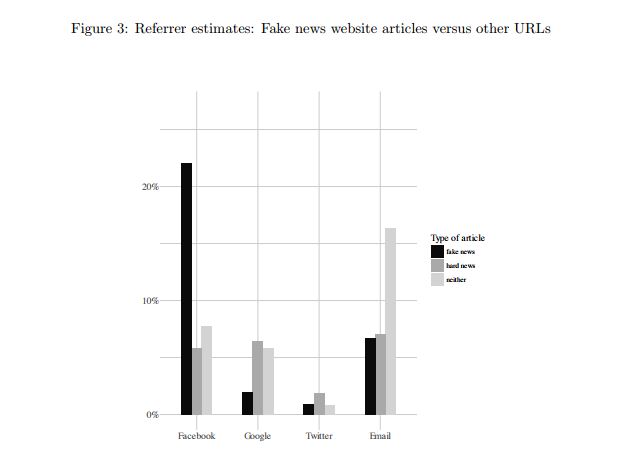 Facebook has largely sought to cope with fake news through an alliance with independent fact-checking organizations. But the study suggests this effort is flawed because the people most likely to view fake news may not believe the fact-checks: “Positive views of fact-checking are less common among fake news consumers (48%), especially those who support Trump (24%).”

The fake news problem has not dissipated since the late 2016, the time frame of the study. BuzzFeed News reported last week: “Facebook’s major effort to stop the spread of false articles on its platform did not result in less engagement for the most viral hoaxes in 2017, according to an analysis by BuzzFeed News. In fact, the analysis found that the 50 most viral fake news stories of 2017 generated more total shares, reactions, and comments than the top 50 hoaxes of 2016.”

The Republican House member who represents Uvalde, Texas, where 19 kids and 2 adults were shot to death in an elementary school on Tuesday, has said in the past that he will vote against any gun safety legislation in Congress.

In September 2021, Rep. Tony Gonzales tweeted in response to a provision on firearms included in that year's annual defense spending bill, "I will fight against any attempt to restrict our 2nd Amendment right, which is why I joined in urging the stripping of red flag laws from the final version of the bill." Gonzales was one of 161 Republican House members who signed a letter to the leadership of the House and Senate Armed Services Committees in October of that year urging that the provision be removed.

Not long after Texas Gov. Greg Abbott and his entourage showed up on a stage in Uvalde, Texas, to offer the usual thoughts and prayers that follow a gun massacre, Democratic rival Beto O'Rourke suddenly strode up to confront him.

Pointing a finger at the governor, he yelled: "You're offering us nothing!"