On Sunday, right-wing leaders and Tea Party supporters descended on Washington, D.C. for the “Million Vets March On The Memorials,” a protest designed to pressure the Obama administration to reopen the war memorials closed as a result of the government shutdown. Perhaps unsurprisingly, the event quickly descended into a confederate flag-waving embarrassment for the Republican Party.

To many on the right, the protest was supposed to be a major turning point in the battle over the government shutdown. As National Review’s well-sourced Robert Costa tweeted on Sunday:

This is a big story; House conservatives tell me it’s a “game-changer,” gives Right new momentum ahead of this week http://t.co/QRzlHrjOcf

Needless to say, that’s not what happened. As Daily Kos documents, the rally’s organizers fell more than 999,000 short of their goal of attracting one milion protesters. And those who did show up were not exactly helpful to the Republican cause.

The rally was highlighted by Senator Ted Cruz (R-TX) and fake politician Sarah Palin, both of whom have gone to great lengths to establish themselves as leaders of the Tea Party movement. Not coincidentally, both are just as unpopular as the Tea Party itself. Voters view Palin unfavorably by an overwhelming 58 to 34 margin, and Cruz is well on his way towards becoming the most hated man in America.

It only got worse from there. Palin and Cruz were joined by Larry Klayman, who followed through on his threat to demand that President Obama “put the Quran down, get up off your knees and come out with your hands up!” 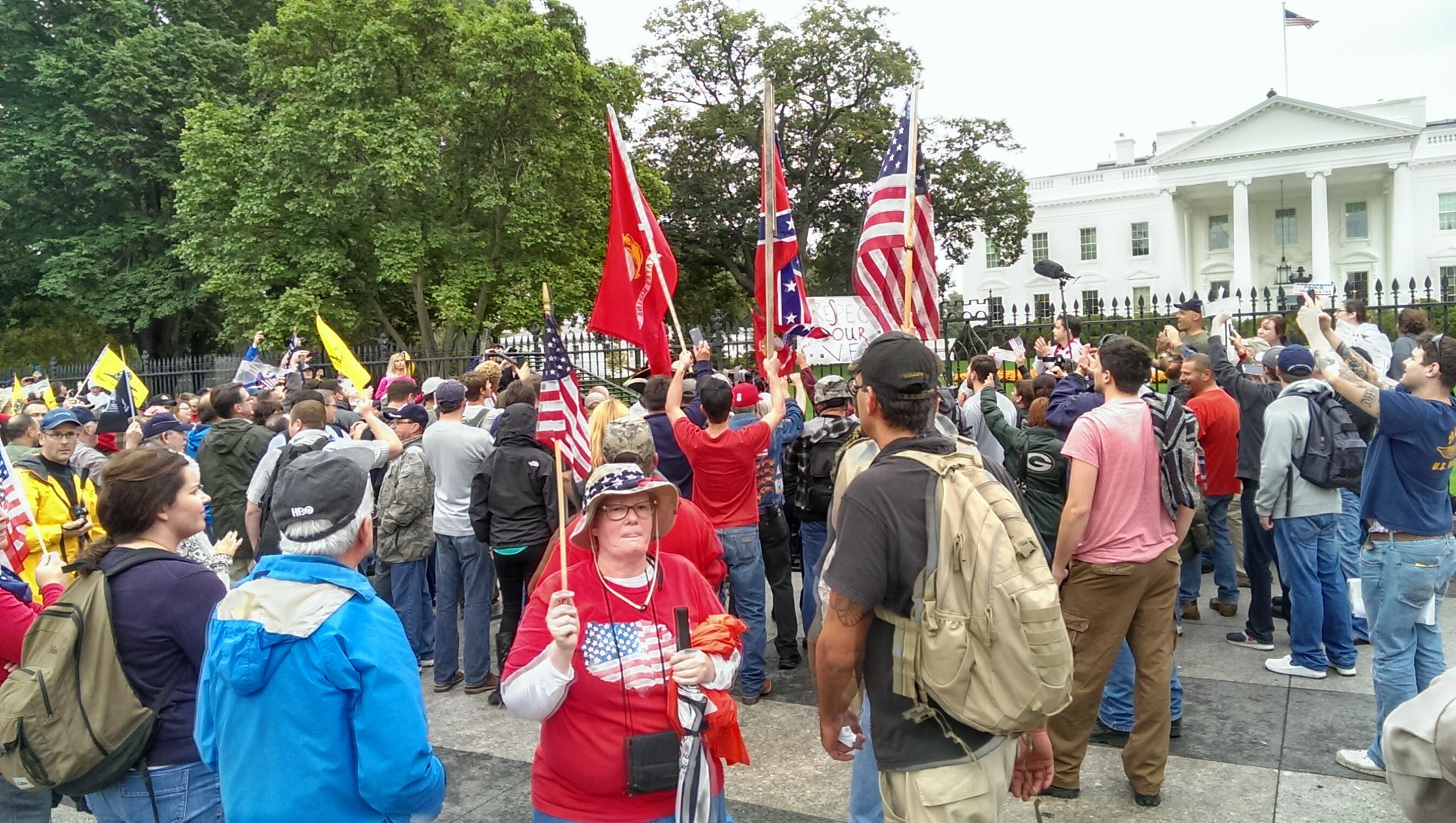 Unsurprisingly, the extremism totally overshadowed the rally’s original message. The media has devoted far more coverage to the Tea Party’s domination of the event than the original goal of pressuring the Obama administration to reopen the war memorials, and as Little Green Footballs points out, the protest’s organizers went so far as to release a statement saying that “The political agenda put forth by a local organizer in Washington, D.C. was not in alignment with our message,” and that “we feel disheartened that some would seek to hijack the narrative for political gain.”

The episode is just the latest in a long series of examples demonstrating how damaging the Tea Party brand is to the Republican Party at large. As congressional Republicans negotiated to end the government shutdown that the far right started, the last thing they needed was to see Ted Cruz, Sarah Palin, and a legion of birthers and neo-confederates reminding Americans of exactly who’s to blame for the governing crisis. As long as the far right continues to serve as the face of the GOP, it’s hard to imagine the party’s dreadful poll numbers improving.

Republican Rep. Devin Nunes of California is retiring from Congress at the end of 2021 to work for former President Donald Trump.

From left Ethan Crumbley and his parents Jennifer and James Crumbley

After the 2012 massacre at an elementary school in Newtown, Connecticut, then-Rep. Mike Rogers, a Michigan Republican, evaded calls for banning weapons of war. But he had other ideas. The "more realistic discussion," Rogers said, is "how do we target people with mental illness who use firearms?"

Tightening the gun laws would seem a lot easier and less intrusive than psychoanalyzing everyone with access to a weapon. But to address Rogers' point following the recent mass murder at a suburban Detroit high school, the question might be, "How do we with target the adults who hand powerful firearms to children with mental illness?"

US Will Boost Sanctions, Military Presence If Russia Invades Ukraine

US Will Boost Sanctions, Military Presence If Russia Invades Ukraine