He had admitted that Trump withheld congressionally approved military aid to Ukraine in order to pressure the country to investigate the Democratic National Committee and the 2016 election (an investigation that clearly was, though Mulvaney didn’t admit it, tied to a separate probe about Joe Biden). But after this admission caused an uproar, Mulvaney tried Thursday evening to say no such pressure was ever applied.

Let me be clear, there was absolutely no quid pro quo between Ukrainian military aid and any investigation into the 2016 election,” Mulvaney told reporters after his press briefing. “There never was any condition on the flow of the aid related to the matter of the DNC server.”

This was in direct, flagrant contradiction to his own words just a few hours earlier. But don’t take my word for it. Let’s roll the tape:

REPORTER: What you just described is a quid pro quo. It is funding will not flow unless the investigation into the Democratic server happened as well. 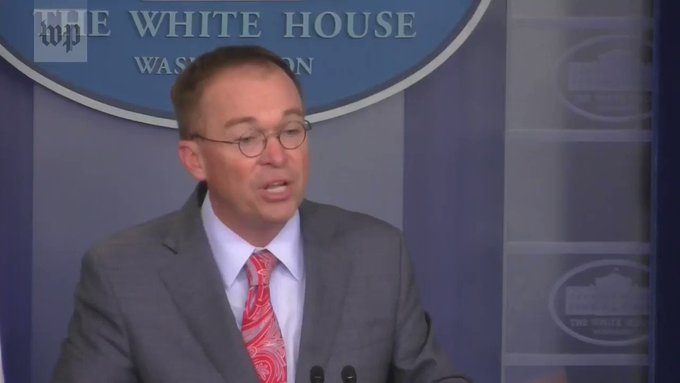 128 people are talking about this