Conservative and pro-Trump Facebook pages, most affiliated with fake news websites, are recycling memes created by Russian troll companies like the Internet Research Agency (IRA), which the social network has banned from its platform. Media Matters found 24 posts dating back to December 2017 from 11 right-wing pages that contained memes bearing watermarks from Russian troll-run social media accounts. Ten of these posts have earned over 20,000 interactions, with the two most popular crossing 70,000. These 28 posts appear to be Russian propaganda because they contained watermarks of logos from Russian troll-run accounts like South United, most of which pushed racist and anti-immigrant propaganda. 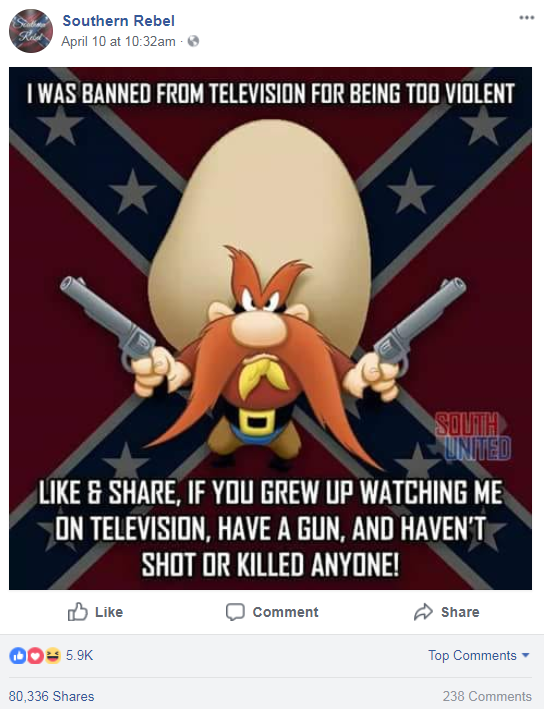 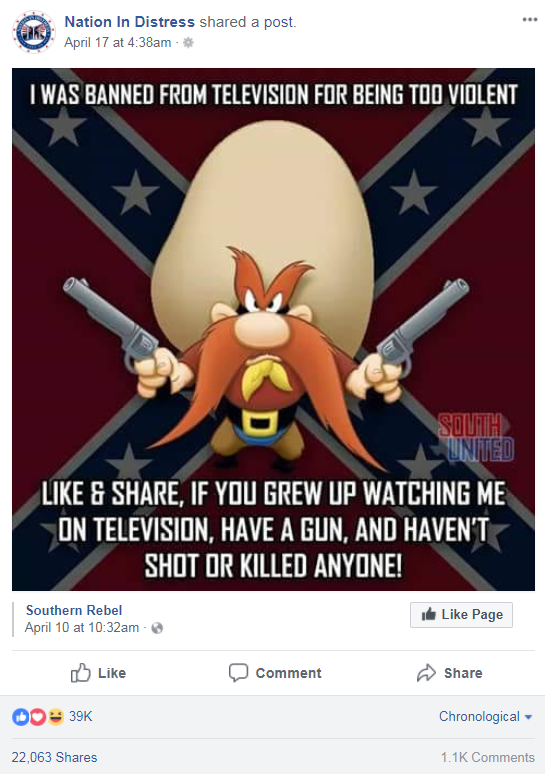 Propaganda from the Russian troll account Secured Borders, which has used violent language to push anti-immigration misinformation related to illegal voting, crime, and welfare, has showed up on conservativepages multiple times. Memes from two other anti-immigration Russian troll accounts, Stop All Invaders and Heart of Texas, have also been recently reposted by conservative pages. A pro-gun meme from Heart of Texas was posted by the blue badge-verified page Chicks on the Right and by the page Cold Dead Handswhich, according to its “About” section, pertains to a pro-gun Texas-based nonprofit group. Propaganda from the pro-Confederate Russian account South United has also been reposted by conservative Facebook pages with memes featuring the Confederate flag. Other Russian troll accounts pushed on Facebook include the pro-gun account Defend the 2nd, a law enforcement account called Back the Badge, and a conservativeaccount Being Patriotic. 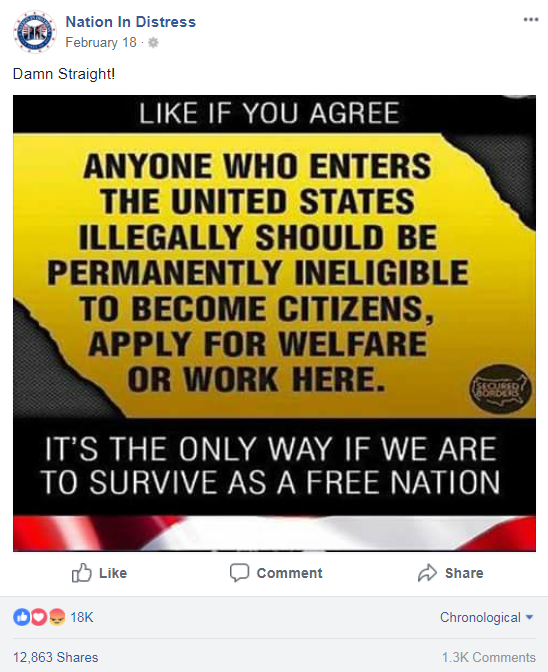 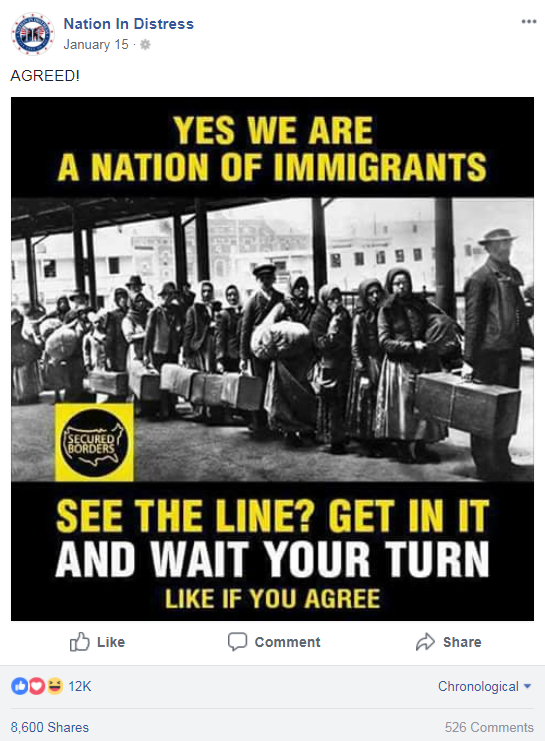 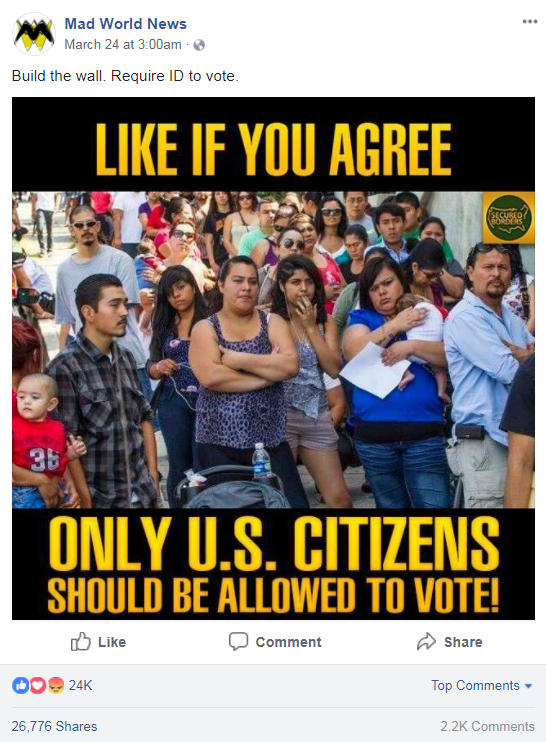 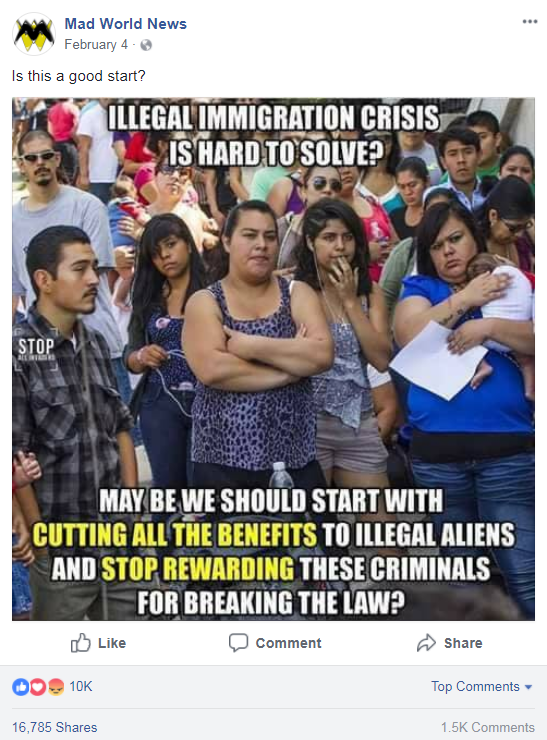 Most pages posting such Russian propaganda are connected to or run by fake news and hyperpartisan sites. They include: