For years, conservatives have argued against attempts to raise taxes on the most affluent Americans by warning that it will cause the wealthy to flee to other states with lower rates.

The narrative picked up steam when progressive Democrat Bill de Blasio was elected mayor of New York City, campaigning on a plan to raise taxes on those making more than $500,000.

Fox News host Sean Hannity encouraged a competition between low-tax states for the prize of his residency, gloating that “I can’t wait to pay no state income tax down in Florida or Texas.”

“New York is a city of financial entrepreneurs, of genius stock traders and bankers. It would be a smart idea to keep it that way. It’s not a city that’s going to benefit from high taxes because people who have substantial incomes have a choice,” socialite Jacqueline Weld Drake warned in October. “They have a choice of venues. New Jersey beckons. Florida beckons. All kinds of other states who do better at job creation. We are really biting the hand that feeds us. No question about it.”

But according to a new analysis from the New York City Independent Budget Office, that Randian fantasy is not borne out in reality.

The study, which was prepared by Julie Anna M. Golebiewski, finds no evidence that wealthy New Yorkers are fleeing the city in droves to live in low-tax states. The study finds that 42 percent of households with a real income of over $500,000 that moved in 2012 did so within New York state.

The second favorite destination for high-income households was neighboring New Jersey, at 22 percent. Connecticut placed third at 12 percent, and California was fourth at 9 percent.

In other words, when a wealthy New York City household moved, more than four times out of five it moved to a blue state with a higher-than-average income tax. 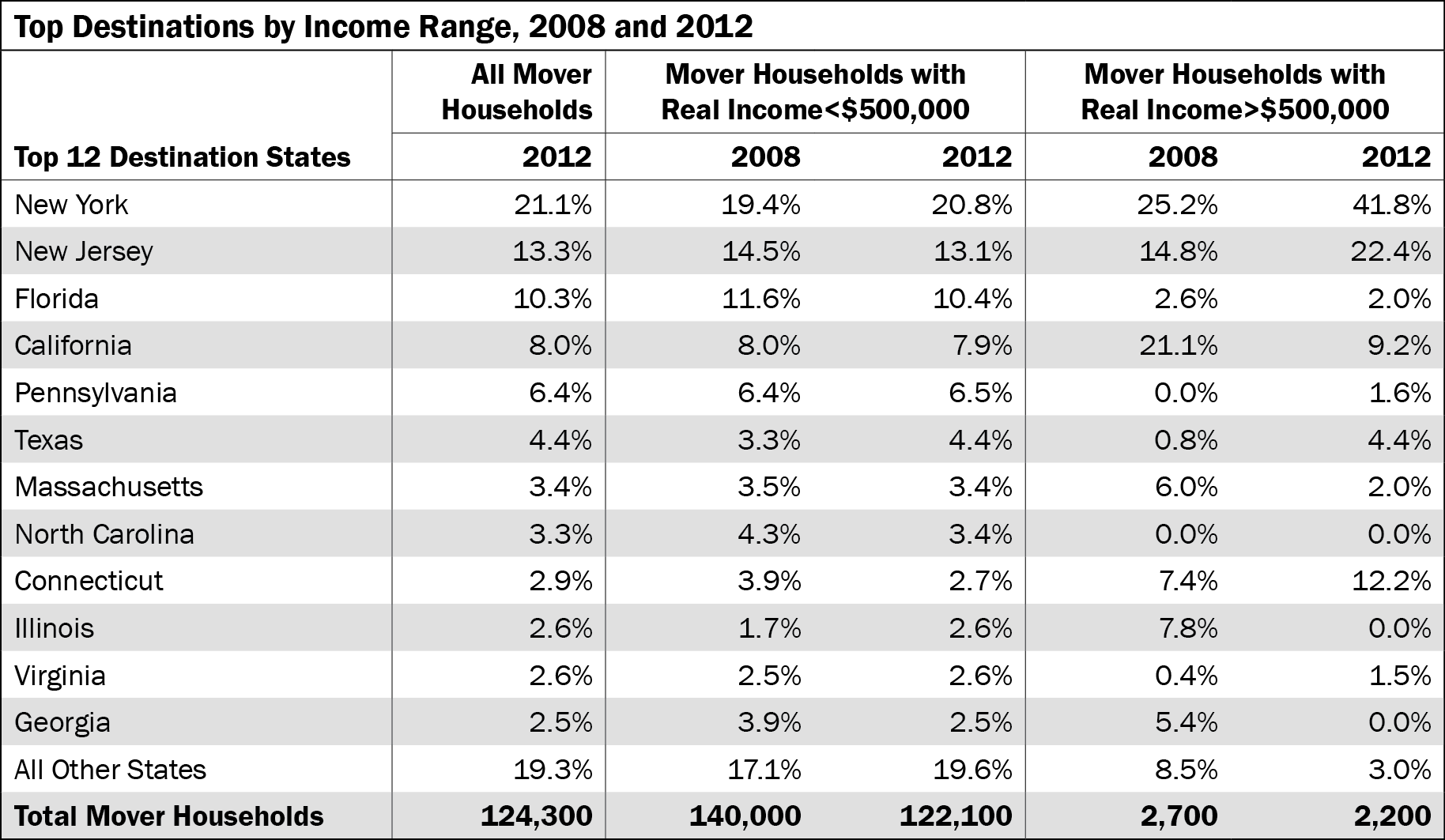 Moreover, high-income New Yorkers were not more likely to move than the rest of the city. Households with a real income above $500,000 moved at the same 1.8 percent rate as households below that threshold.

The data is from before de Blasio became mayor. But it’s unlikely that his election has caused a dramatic shift; studies have repeatedly shown that higher taxes are not a main factor in wealthy Americans’ decisions to relocate.