President Donald Trump tweeted a video showing him tackling and punching a man with the CNN logo imposed over his face. The video appears to have come from forum frequented by “alt-right” Trump supporters who posted it days earlier.

On July 2, Trump tweeted video that appeared to show Trump in a wrestling match attacking a man with “CNN” on his face, writing along with the video, “#FraudNewsCNN #FNN.”

The Reddit forum “r/The_Donald,” where “alt-right” members supporting Trump congregate, posted a GIF four days prior that seems to be the same footage. 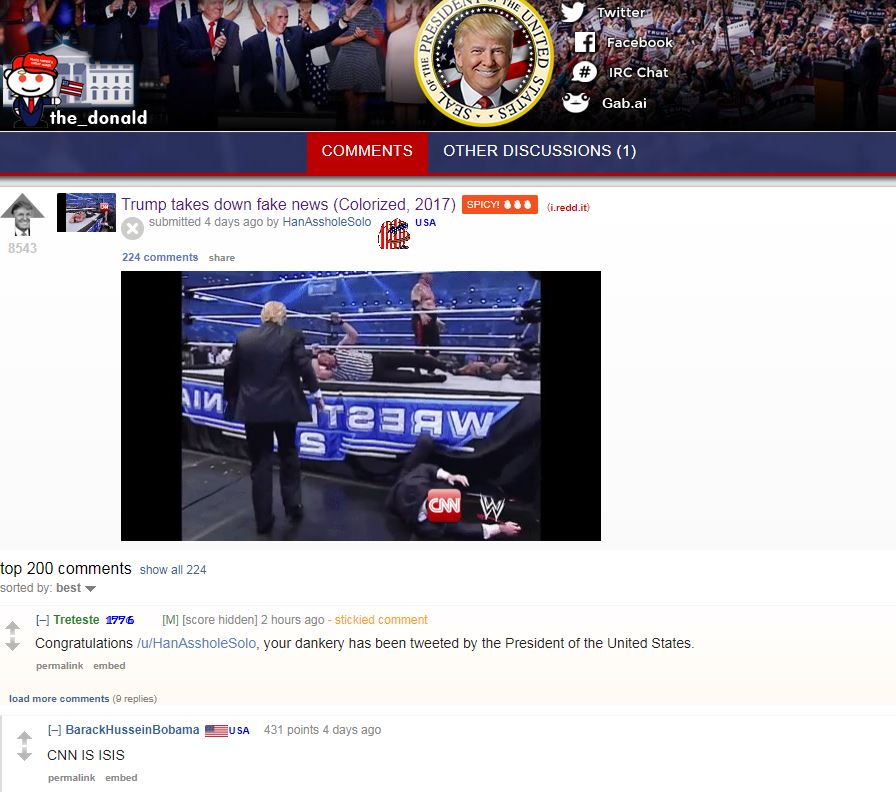 Following Trump’s tweet, users on the forum took credit for Trump’s promotion of the footage, with one user telling the original uploader of the GIF that his “dankery has been tweeted by the President of the United States.” 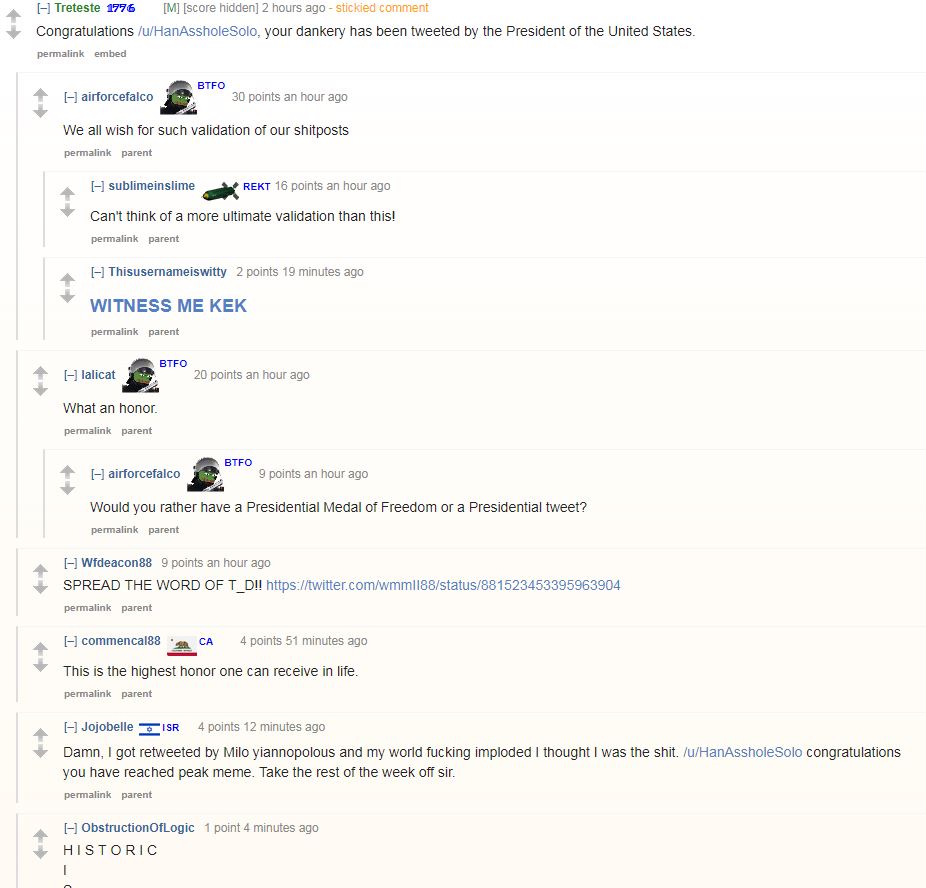 Trump’s tweet is the latest example of him promoting content that appears to have originated on online message boards such as Reddit and 4chan, which have regularly pushed conspiracy theories that some in Trump’s inner circle have sometimes promoted. During the presidential campaign, Trump’s campaign team monitored forums like “r/The_Donald” for content, and in May, Trump appeared to take messaging from “r/The_Donald” directed at Rosie O’Donnell. New York magazine’s Olivia Nuzzi noted this trend on CNN’s Reliable Sources, saying, “I think this has happened a number of times where something — it goes from Reddit to one of Donald Trump’s aides, and then to Donald Trump’s Twitter account.”

Sen. Ted Cruz (R-TX) opted to appear at the National Rifle Association convention in Houston, Texas on Friday after multiple Republican lawmakers backed out of making public appearances in wake of the Uvalde school shooting.

Now, Cruz is facing deep scrutiny not only for attending the conference but also for his remarks praising firearms. During the convention, Cruz also offered a number of reasons he believes are to blame for the shooting other than guns.

A Georgia gun manufacturer is facing scrutiny for its disturbing ad shared just days prior to the mass school shooting in Uvalde, Texas.

According to HuffPost, on May 16, Daniel Defense —a firearm company that manufactures AR-15-style semi-automatic rifles like the one Salvador Ramos, the 18-year-old shooter who fatally shot two teachers and 19 students— posted an image of a young child holding an assault rifle.

How Prison Authorities Hide The 'Unnatural' Causes Of Prisoner Deaths