This Week In Crazy: Obamacare Is Worse Than 9/11, And The Rest Of The Worst Of The Right

American Family Association mouthpiece Bryan Fischer, who memorably warned Americans that “hypermasculine homosexuals” are turning the U.S. military into “Hitler’s stormtroopers,” has a new warning for the country: The Gay Gestapo is here, and they are going to enslave you.

“The leaders of the Gay Gestapo have become our new slave masters. They can now send us to the hole if we refuse the massa’s demands,” Fischer wrote a column for the extreme-right website, Barbwire. The hate group leader’s rant was inspired by the plight of Jack Phillips, a Colorado baker who has been denied the right to discriminate against gay customers. To Fischer, that’s basically slavery and Nazism, all wrapped in one flamboyant package.

“Not only is Phillips being reduced to slavery, he is now the victim of tyranny as well since he is being compelled by the government to violate his own conscience,” Fischer writes.

“So meet our new overlords, the new owners of the American plantation, the gay mafia,” he adds. “All hail Big Gay, our new slave masters.”

Just in case Fischer’s message wasn’t clear enough, he followed up with a Thursday morning report on “homofacism” featuring this subtle image:

How does Fischer know so much about “Big Gay” and slavery, you might ask? Remember: He loves black males.

It was another busy week for This Week In Crazy MVP Glenn Beck. On Monday, Beck broke character to declare that President Obama’s decision to trade five Taliban prisoners for U.S. Army sergeant Bowe Bergdahl was not the latest plot to distract us from Benghazi.

Instead, it was meant to distract us from the VA scandal.

“The only reason why this happened is because the president is trying to get the VA off of the front page of the newspapers,” Beck insisted, ignoring the fact that the negotiations to free Bergdahl developed months before the VA scandal hit the headlines. “That’s all he’s doing. He’s just trying to get everybody to stop talking about the VA.”

Beck wasn’t done, however. On Thursday, he revealed why he mounted a thoroughly dishonest campaign to ruin liberal activist Van Jones’ career: God told him to do it!

“I said, ‘I don’t know anything about him, but look into Katrina, look into New Orleans. There’s something to him and New Orleans. I don’t know what it is.’ And they went off. And that’s how we started the Van Jones thing,” Beck claimed.

Of course, if God hadn’t told Beck to investigate Jones, then the world would never know that Jones and ACORN broke the levees during Hurricane Katrina to cover up their massive corruption (you’ll just have to trust Beck on this one).

In the future, when Beck — or any of his Republican colleagues — hear voices in their heads, they might be better off ignoring them.

Dr. Ben Carson, the world-renowned neurosurgeon-turned-right-wing sideshow, earned a good deal of criticism in October when he asserted that Obamacare is “the worst thing that has happened in this nation since slavery.”

Apparently concerned that his analogy wasn’t offensive enough, Carson elaborated on Obamacare’s evils in a recent sitdown with The Daily Beast.

“You said Obamacare was the worst thing since slavery. Why do you think it was worse than 9/11?” interviewer Evan Gahr asked Carson.

“Because 9/11 is an isolated incident,” he replied.

Me: “Who do you think caused families more pain—Obamacare or Osama bin Laden?”

Williams: “Let him answer the question!”

Carson: “Things that are isolated issues as opposed to things that fundamentally change the United States of America and shift power from the people to the government. That is a huge shift.”

Me: “Right. But what do you think caused specific families more pain—Obamacare or Osama?”

Carson: “You have to take a long term.”

Me: “You’re not answering the question.”

Carson: “Will you listen? You have to take a long-term look at something that fundamentally changes the power structure of America. You have to be someone who reads. Who is well read. I want you to go back tonight and pull out what Saul Alinsky says about health care under the control of the government.”

Saul Alinsky aside, it’s worth noting that the September 11th attacks directly killed about 3,000 people. Health care reform? Not so much.

If you’re a fan of Carson’s craziness, then you will enjoy the coming months; it’s becoming increasingly apparent that his next act will be running for president — to the right of Ted Cruz. 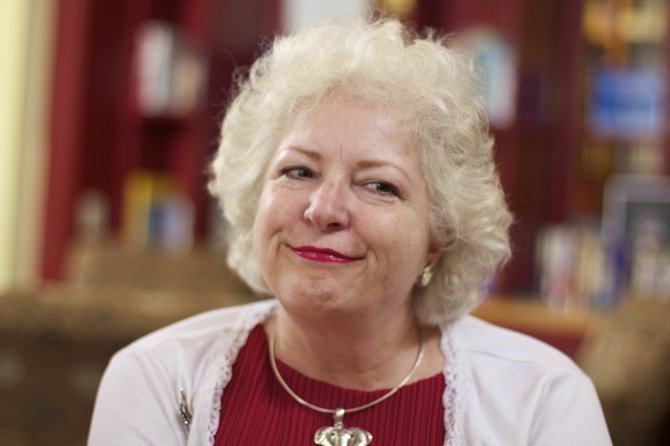 This week’s runner-up is Central Mississippi Tea Party president Janis Lane. On Tuesday night, Lane and two other supporters of Mississippi Senate candidate Chris McDaniel (R) were trapped in the Hinds County Courthouse, where primary election ballots were being stored. McDaniel’s campaign claims that it sent the three to observe the ballot-counting process, and that “uniformed personnel” directed them to an unlocked door through which they could gain access. The Hinds County Sheriff’s Department denies that account.

This is, of course, not the first controversial break-in of McDaniel’s campaign.

What the three McDaniel allies were really doing in the courthouse at 2am is still unclear. But could Lane really be so stupid as to think that she could tamper with ballots and get away with it? This 2012 interview with the Jackson Free Press provides a clue.

“Probably the biggest turn we ever made was when the women got the right to vote,” Lane told the interviewer, unprompted.

“Our country might have been better off if it was still just men voting. There is nothing worse than a bunch of mean, hateful women. They are diabolical in how than can skewer a person,” she added, after being asked to elaborate. “I do not see that in men. The whole time I worked, I’d much rather have a male boss than a female boss. Double-minded, you never can trust them.”

That probably won’t help McDaniel succeed in his effort to convince women that there’s no conservative war on “mamacitas.”

On Wednesday, the Houston Chronicle obtained a draft copy of the new platform from this week’s “winners,” the Republican Party of Texas.

Improbably, it’s even crazier than the 2012 edition — and that one sought to ban critical thinking.

Among other provisions, the Texas GOP now supports:

And that just scratches the surface of the insanity within the full document.

With founding principles like these, it’s a little easier to understand how Texas keeps getting stuck with such crazy candidates.

Get This Week In Crazy delivered to your inbox every Friday, by signing up for our daily email newsletter.

The FBI on Monday executed a search warrant at Mar-a-Lago, Donald Trump‘s Florida home. While there are few details yet on what federal agents are investigating, Trump quickly put out a statement in which he decries the “assault.”

“These are dark times for our Nation,” writes Trump, who since becoming president has likened himself to the entire country, at times declaring an attack on him to be an attack on the United States.

Shortly before 7 p.m. ET on Monday night, former President Donald Trump issued a press release confirming that the FBI had conducted a “raid” of the Mar-a-Lago resort which serves as one of his residences.

Details are scarce. Trump had been enmeshed in a long list of criminal probes at the time of the search, but The New York Times and The Washington Post are both reporting that the search was related to the former president’s potentially illegal removal of classified documents from the White House at the conclusion of his term, with the Post’s source stating it was “court-ordered.” The FBI and Justice Department have declined comment, following their typical procedure for press requests confirming active federal investigations.