Janet Allon
In his much-anticipated first press conference at which he announced nothing new, Donald Trump was in full preening, gloating, hypocritical, bullying splendor. Ostensibly, the press conference was called to announce how Trump will disentangle himself from his numerous conflicts of interest, yet nothing new was revealed. His sons are going to run the Trump Organization, and that is supposed to take care of it.

Trump took the opportunity to attack the “dishonest media,” and especially the “failing” Buzzfeed site for releasing salacious and damning documents about his activities in Russia. And he suddenly was all about praising the New York Times, his new best friend, for not jumping on the bandwagon. Wednesday morning, Trump tweeted that, “Intelligence agencies should never have allowed this fake news to ‘leak’ into the public. One last shot at me. Are we living in Nazi Germany?”

Yes, he went there.

Trump bragged about selflessly turning down a $2 billion deal with Dubai and being the “greatest jobs creator god ever created,” and he seemed to be still campaigning by describing his “movement like we have never seen before” and attacking Hillary Clinton and the Democrats for allowing themselves to be hacked.

To a question about releasing his tax returns, he held to his lie of not being able to release them because of an ongoing audit, and said no one is interested in his taxes except the press. After repeated attacks on Buzzfeed and CNN, he bullied a CNN reporter into silence and accused him of propagating fake news rather than letting him finish a question about whether Trump can work with the U.S. intelligence community. Asked about his specific plans for Obamacare, he simply repeated the words “repeal and replace,” called it the biggest disaster in the history of mankind and gave zero specifics.

The internet and commentators immediately got busy. Here are some of the most scathing reactions on Trump’s favorite medium.

After #TrumpPressConference, it’s clear that we’re facing a new era of dictatorship with @realDonaldTrump. He’s not a democratic leader. 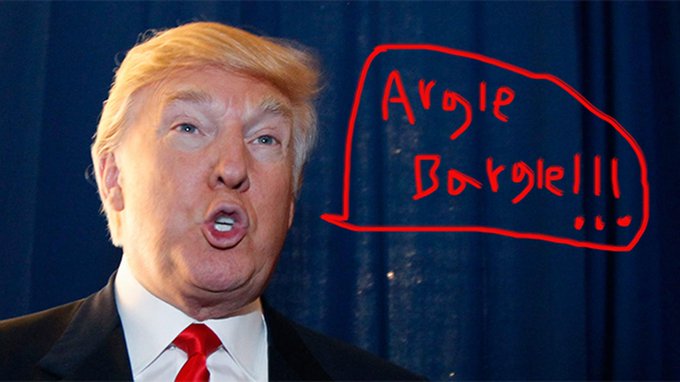 Donald Trump isn’t even president yet and he’s already losing his shit at press conferences http://bit.ly/2idCQID 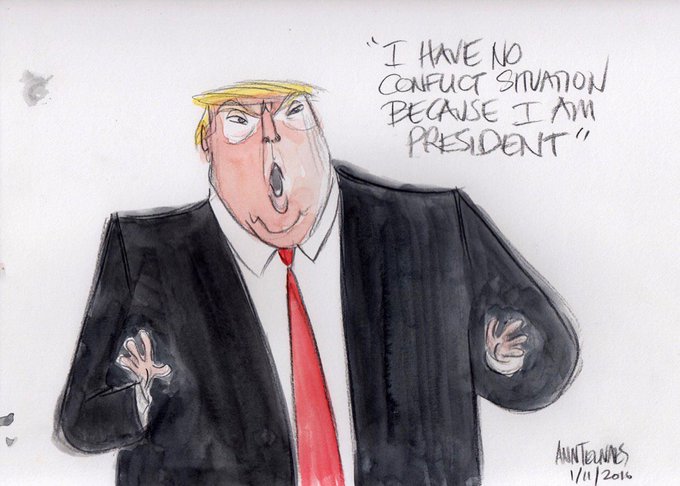 Not parody. He actually said this. #TrumpPressConference

Trump is right about one thing. Watching him bully reporters who disagree with him is a lot like Nazi Germany. #TrumpPressConference

I’m not gonna release my taxes. There’s nothing bad in them, but it’d be boring television, and I care about ratings.#TrumpPressConference

Trump refused to confirm no one in his campaign was in contact with Russian officials, after being directly asked. #TrumpPressConference

My assessment of #TrumpPressConference.
“… it is a tale told by an idiot, full of sound and fury, signifying nothing.” – (Macbeth)