When Acting Attorney General Matthew Whitaker testified before the House Judiciary Committee on Friday, some of the most aggressive questioning came from Democratic Rep. Jamie Raskin (D-MD). And when the Trump loyalist objected to his questions, Raskin responded by becoming even more confrontational.

Raskin, holding up a copy of an article that appeared in the Guardian, Raskin quickly added, “There have been some scandals too. Here’s one: Trump’s acting attorney general involved in firm that scammed veterans out of life savings. Veteran says, ‘I spent the money on a dream. I lost everything.’”

But the 56-year-old Maryland congressman was just getting started. Raskin added, “The newspapers say you struck gold when you arrived in Washington, which the president calls the swamp.”

That’s when Whitaker grew indignant, telling Raskin, “Congressman, you’ve mentioned a lot. You have challenged my character”—to which Raskin angrily responded, “No, no. I’m asking you a question. I control this time, Mr. Whitaker. If you want to ask the chairman for time of your own, you can do it. This is my time. Mr. Whitaker, you don’t run this committee! You don’t run the Congress of the United States, and you don’t run the Judiciary Committee.” 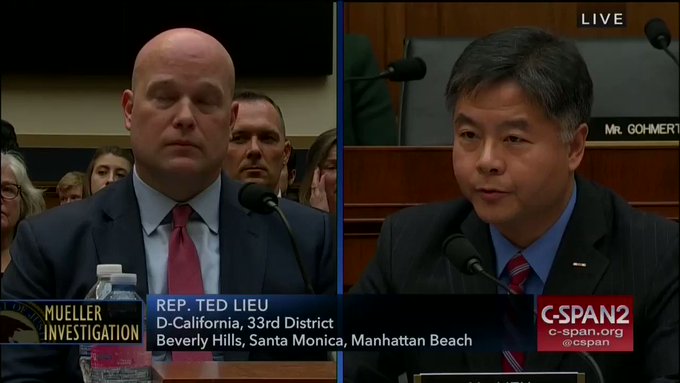 Oof. @RepRaskin confronts Whitaker over his shady past, including scamming veterans.

After Whitaker objects, Raskin admonishes him that “this is my time. You don’t run this committee!” pic.twitter.com/TWkCR1LXc5 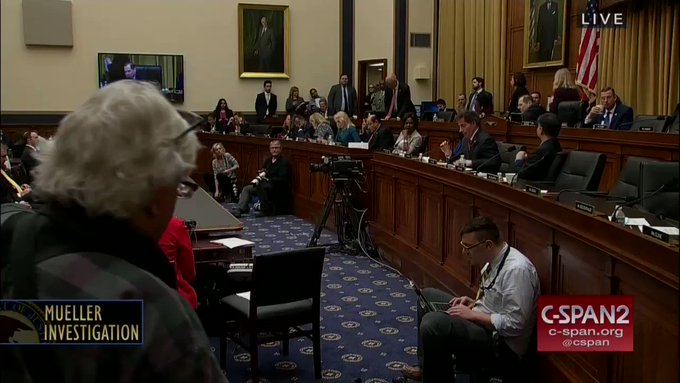 At that point, chairman Rep. Jerrold Nadler (D-NY) admonished Whitaker, “The witness will answer the questions, and it’s up to the gentleman to decide what questions.”

Whitaker’s time as acting attorney general will likely be coming to an end soon. Trump’s nominee for a permanent attorney general, Republican William Barr (who served as attorney general under President George H.W. Bush in the early 1990s), could be confirmed by the full Senate as soon as next week.

Trump's Dark Money Machine Is Designed To Deceive The Public

Thanks in part to the U.S. Supreme Court’s 2010 ruling in Citizens United v. Federal Election Commission, the phrase “dark money” is heard a great deal these days in connection with U.S. politics. Citizens United, with its majority opinion by libertarian then-Justice Anthony Kennedy, defined campaign and election spending as a form of constitutionally protected “speech.” And it opened the “dark money” floodgates in a major way.

Roger Sollenberger, in an article published by The Daily Beast on January 19, examines the “dark money machine” of former President Donald Trump. According to Sollenberger, that operation is only getting worse — and is purposely designed to be “confusing.”

House Republicans have reportedly selected four of their most extreme members to serve on the Committee on Oversight and Accountability in the new session of Congress. Two of them had been stripped of all committee assignments in the last Congress for inappropriate conduct.

Punchbowl News and the Washington Post are reporting that the new GOP majority will place Reps. Lauren Boebert (R-CO), Paul Gosar (R-AZ), Marjorie Taylor Greene (R-GA), and Scott Perry (R-PA) on the panel. The committee's stated mission is "to ensure the efficiency, effectiveness, and accountability of the federal government and all its agencies."