Right-wing writer Bill Fawell, a Republican-backed congressional nominee in Illinois, has pushed conspiracy theories about tragedies such as the Sandy Hook Elementary School shooting and claimed that there’s “nothing fake about Pizzagate.”

Fawell is a real estate broker and author who ran unopposed in Illinois’ March 20 Republican primary to represent District 17 in the U.S. House of Representatives. He is now facing incumbent Democratic Rep. Cheri Bustos.

Several Republican committees in that district have suggested people vote for Fawell, including organizations in Jo Daviess, Peoria, Rock Island, Tazewell, and Whiteside counties. He has also been participating in numerous Republican events and is scheduled to appear at two GOP fundraisers in September, according to his website.

Rock Island County GOP chair Drue Mielke told The Dispatch/The Rock Island Argus last month, “We support Fawell. … I know he’s a Constitutionalist. In talking to him, I’ve heard him focusing on the issues of our district. There are a lot of things Bill Fawell could do for our district Cheri Bustos is choosing not to.”

CNN’s Nathan McDermott and Andrew Kaczynski reported on May 25 that they examined Fawell’s blog posts and 2012 book New American Revolution and found that he “said the September 11 terrorist attacks were an inside job and that singer Beyonce Knowles has ties to the Illuminati.”

CNN added that the “Illinois Republican Party did not respond to a request for comment. Another Illinois Republican nominee for a House seat, neo-Nazi Arthur Jones, has been rejected by national Republicans and the state party for denying the Holocaust.” 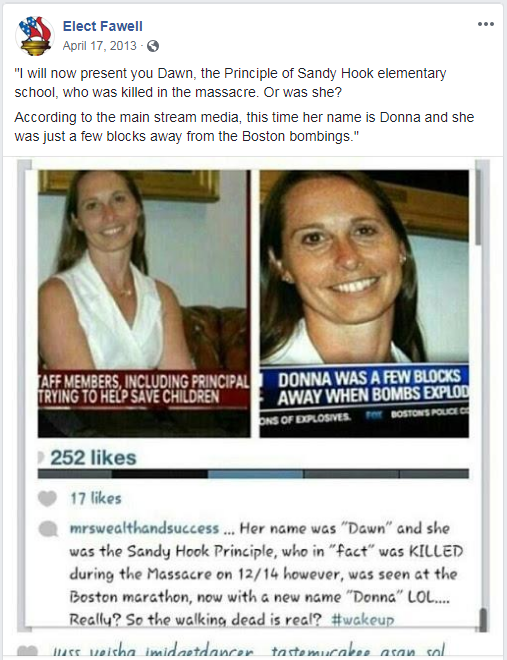 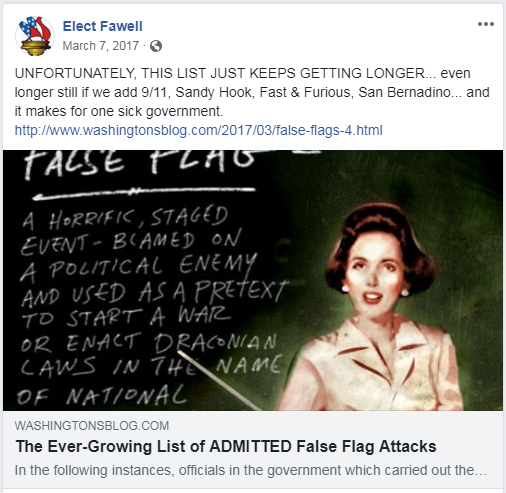 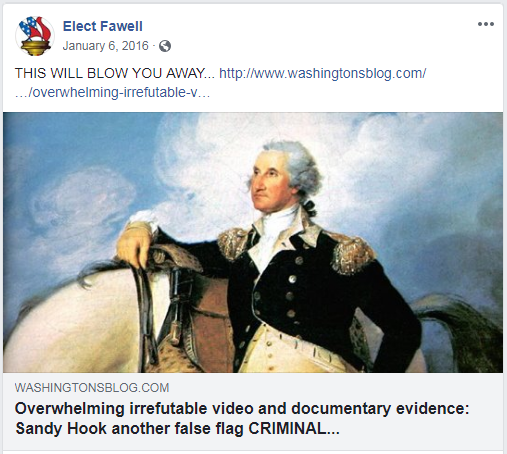 (The page that Fawell linked to, which is no longer available, cited Sandy Hook conspiracy theorist Wolfgang Halbig to claim that the Sandy Hook shooting is “another false flag.”) [1/6/16]

Fawell has pushed conspiracy theories about tragedies including the June 2016 shooting at a gay nightclub in Orlando, FL; the December 2015 shooting in San Bernardino, CA; and the 2012 shooting in Aurora, CO. 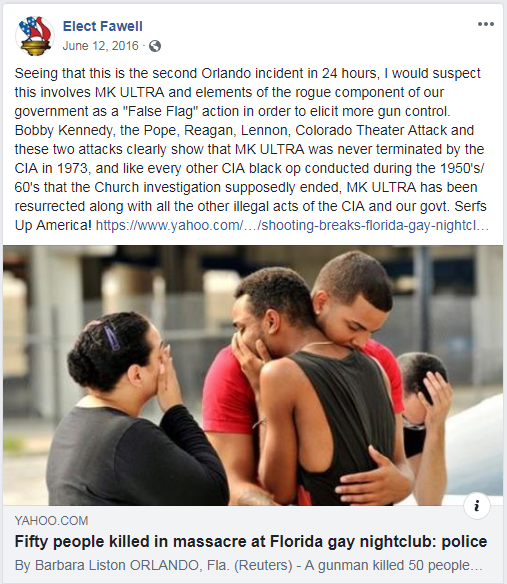 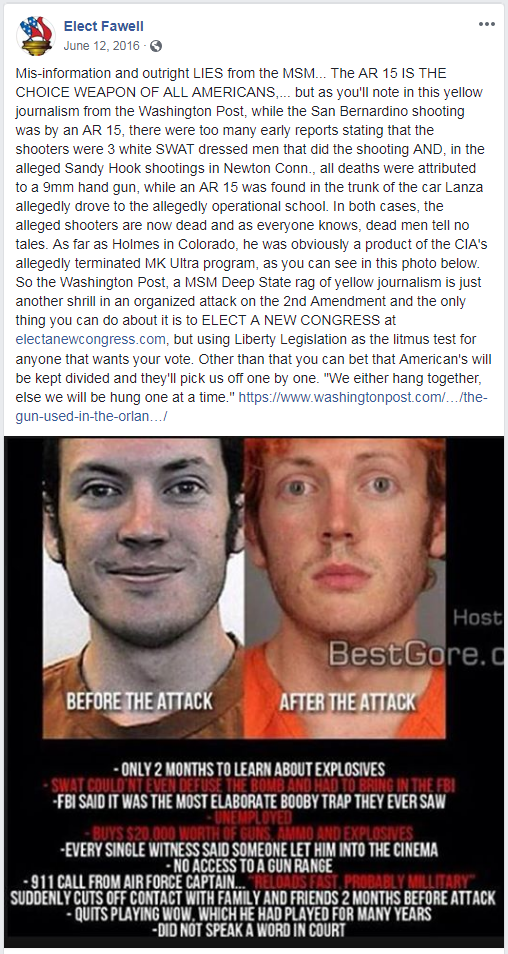 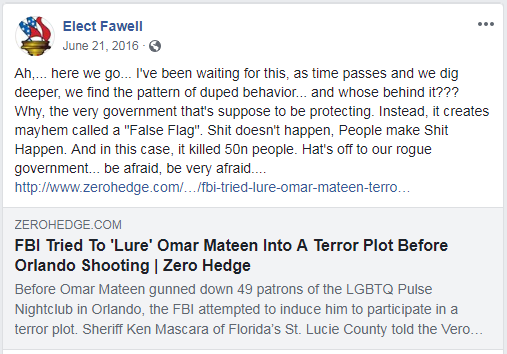 Fawell has repeatedly pushed the Pizzagate conspiracy theory, which falsely holds that prominent politicians have trafficked children through the Washington, D.C., restaurant Comet Ping Pong. In December 2016, Edgar Maddison Welch went to the restaurant and fired a shot inside; he was later sentenced to four years in prison.

Fawell has said that there’s “nothing fake about Pizzagate” and the shooting at Comet was an “inside false flag job on a real live (sic) story the MSM is trying to cover up.” 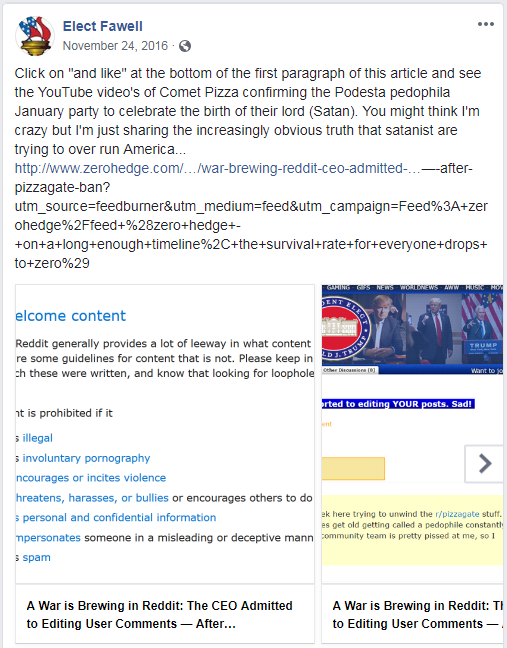 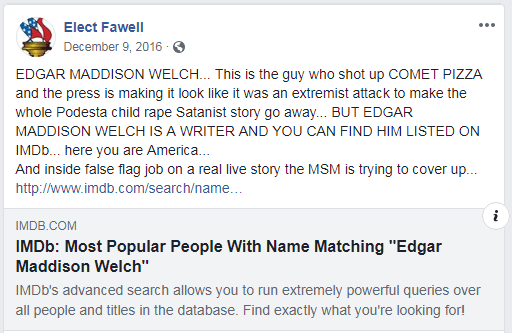 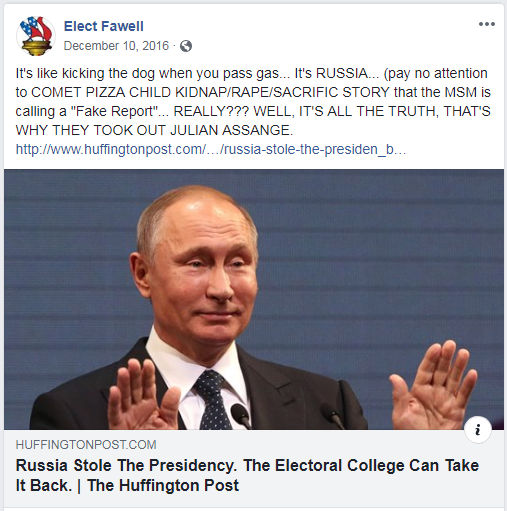 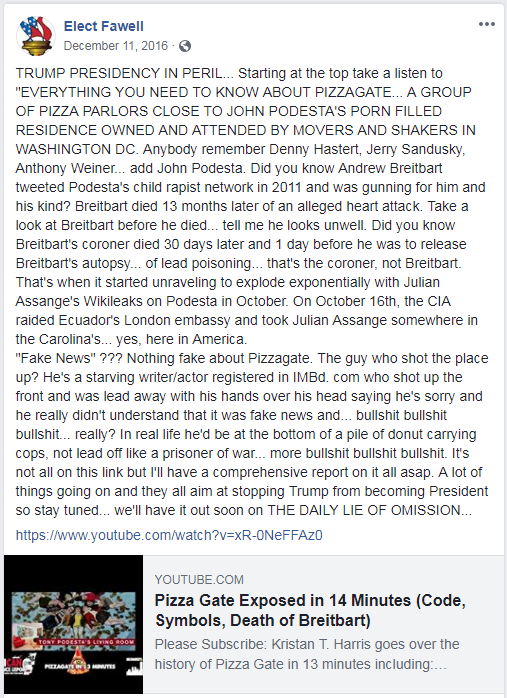 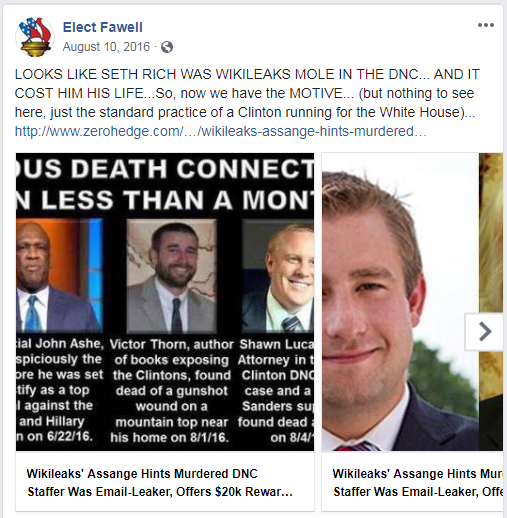 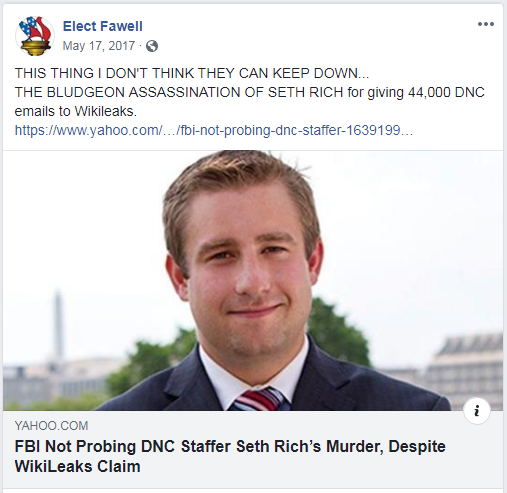 Executing a valid search warrant, FBI agents arrived in the morning to search the office. The word "unprecedented" was on everyone's lips. They seized business records, computers and other documents related to possible crimes. An enraged Donald Trump denounced the FBI and the Justice Department, saying not that they had abided by the warrant issued by a federal judge, but rather that agents had "broken into" the office.

The year was 2018, and Trump was livid about the FBI's investigation into his longtime attorney/fixer, Michael Cohen.

In the days since the FBI executed a search warrant at Donald Trump’s Mar-a-Lago home, Trump, and his GOP lackeys have trotted out excuse after excuse to explain away the trove of material seized from a storage room at his golf club: A politically motivated witch hunt! The evidence was planted by the FBI! There was nothing important there! Obama did it too! (He didn’t.) And finally, on Friday night: