A campaign urging people to burn and get rid of face masks en masse on September 15 has been spreading on Facebook and Instagram, despite multiple state laws and health experts' guidance to wear them.

Nevertheless, since at least the beginning of September, posts have spread on Facebook and Instagram calling for a mass rejection of masks on September 15, getting at least tens of thousands of engagements combined. The posts have often used a handful of memes that encourage people to "throw that filthy thing away" or "burn your masks" on September 15 because "we the people have decided that the masks are no longer mandatory." One such meme was shared by a congressional candidate who supports the QAnon conspiracy theory. 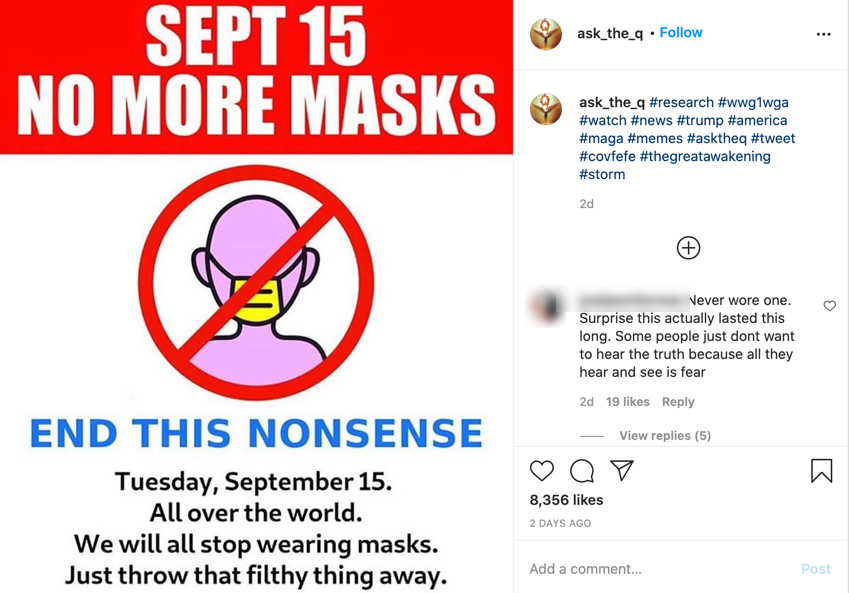 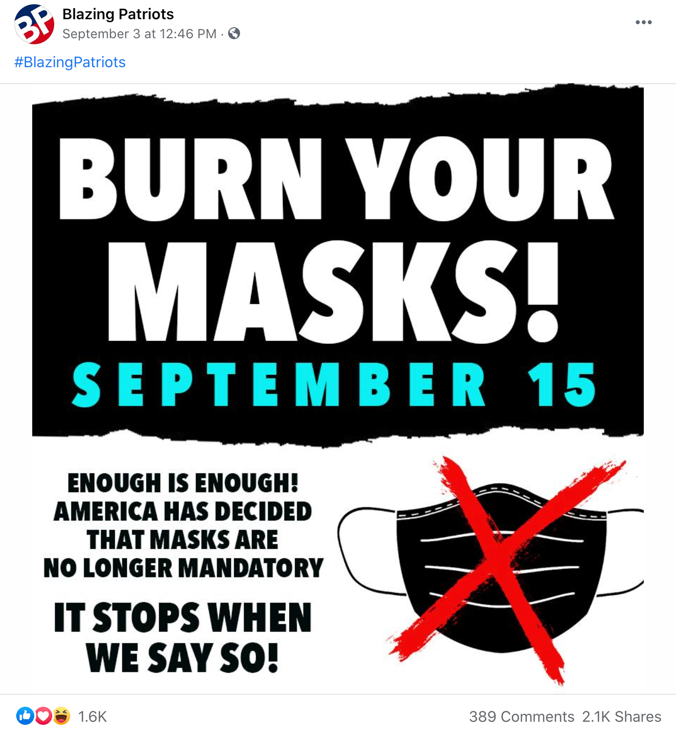 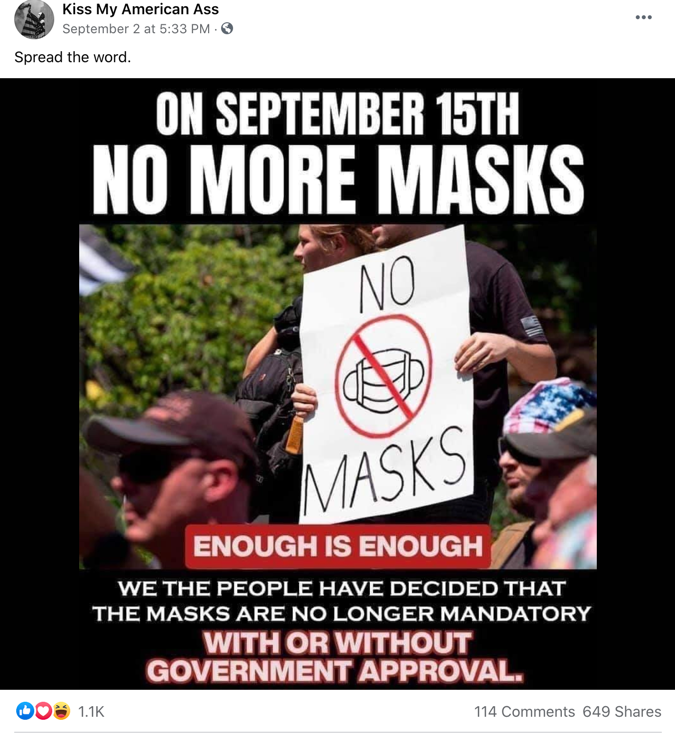 In particular, the campaign and these memes have spread throughout public Facebook groups that have tens of thousands of members combined. 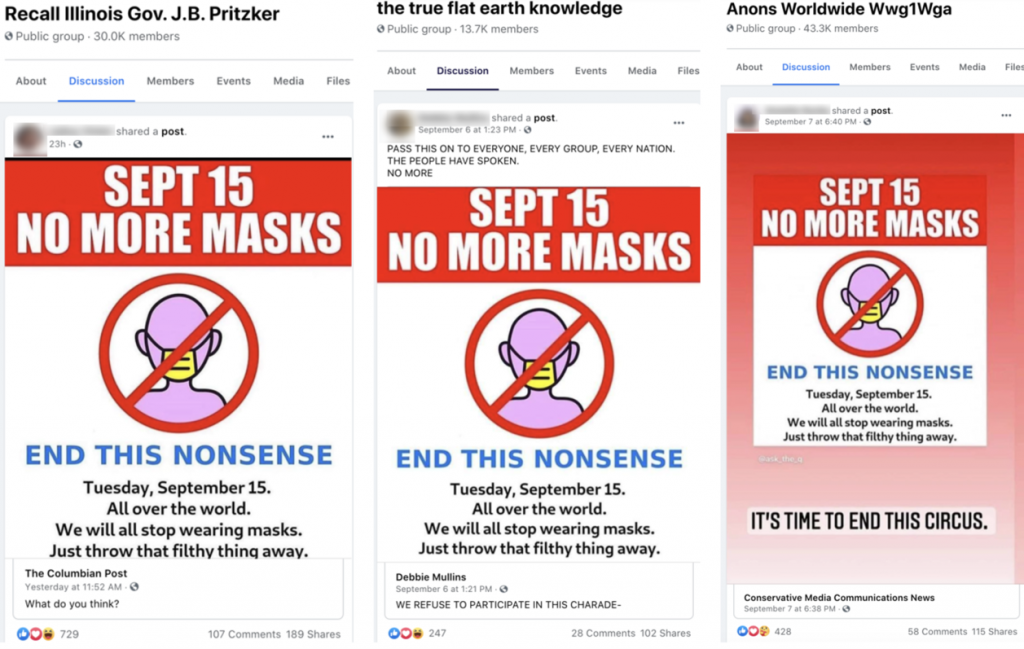 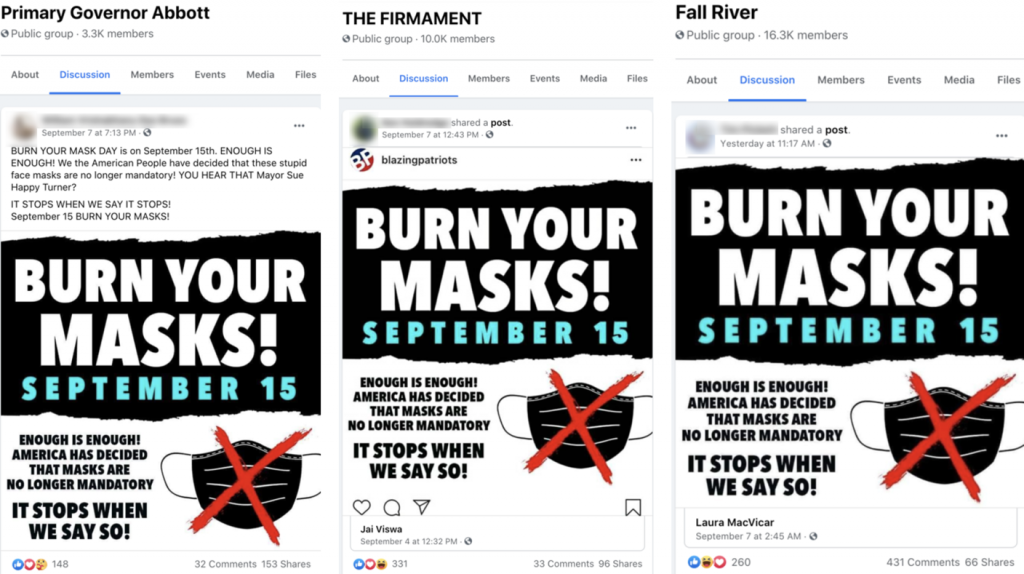 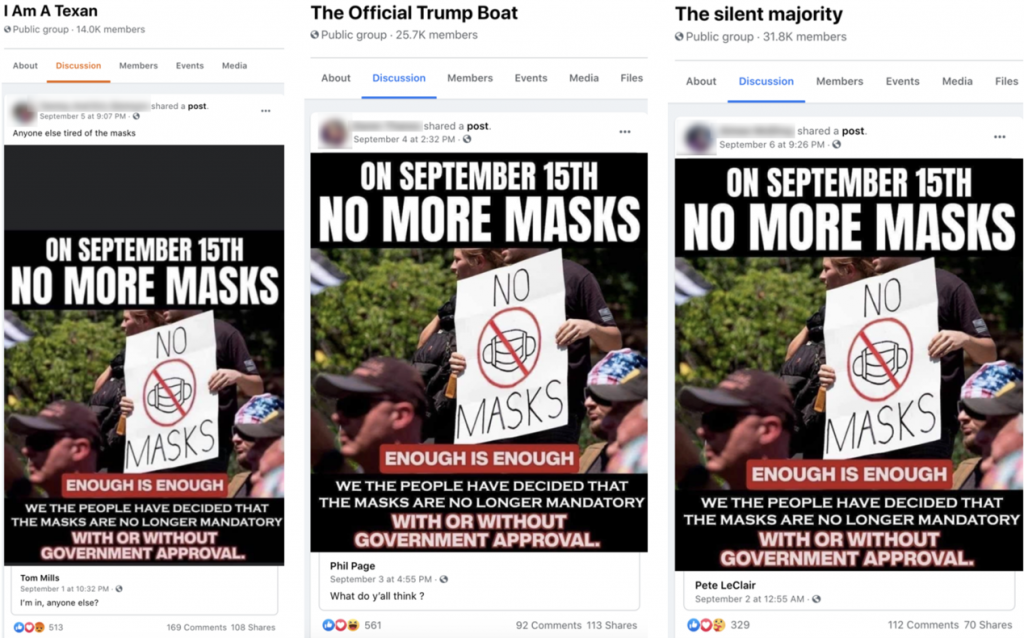 There are also indications that the campaign has spread in private "reopen" Facebook groups and anti-mask groups as well. 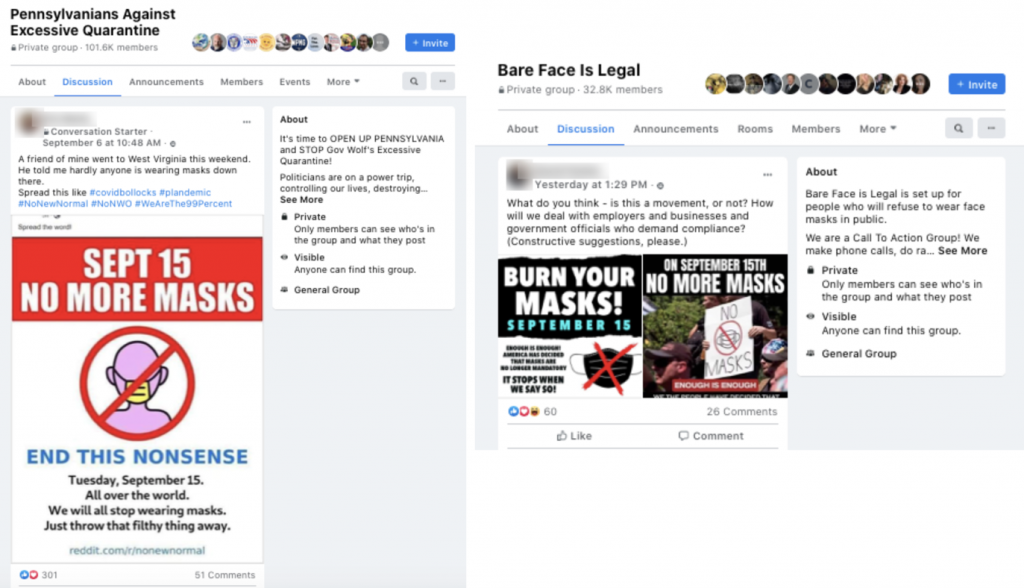 Additionally, multiple Facebook events promoting the campaign have popped up and been shared on the platform.

Facebook has repeatedlyserved as a vector for coronavirus misinformation, particularlythrough the groups feature.

From Your Site Articles
Related Articles Around the Web
facebook