QAnon is premised on a belief that an anonymous user posting on a far-right message board and calling itself "Q" is actually a secret government official working with Trump to take down the "deep state," his perceived enemies, and a global cabal of pedophiles (of which Democrats are a part), who will ultimately be arrested and sent to face military tribunals.

In response to the change in Justice Department leadership due to Attorney General William Barr resigning, multiple QAnon supporters with major followings on social media have suggested that Donoghue will carry out the conspiracy theory, pointing to a "Q" post from 2018 mentioning him and citing the fact that he served as a military judge and was in the same Army division as former Trump national security adviser Michael Flynn -- who is a QAnon supporter himself and widely admired among the QAnon community. 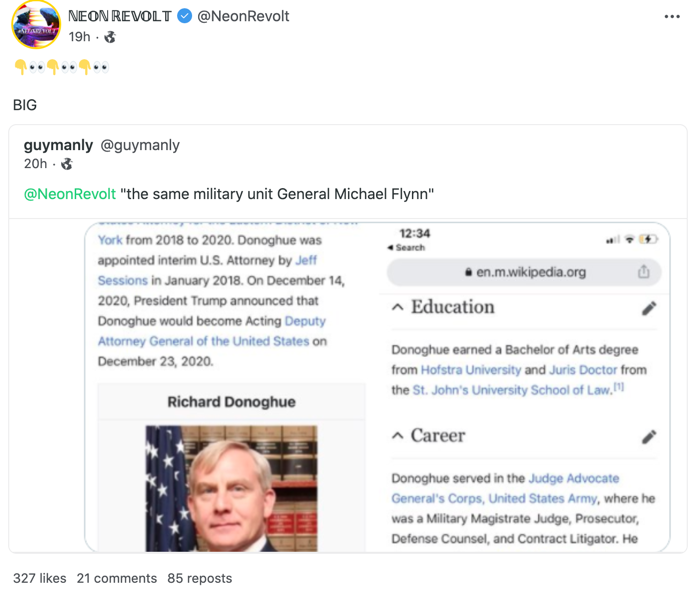 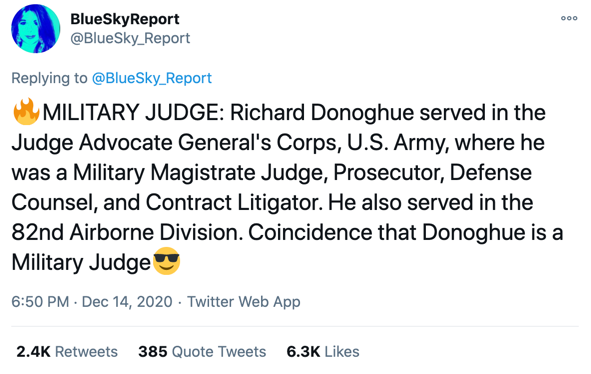 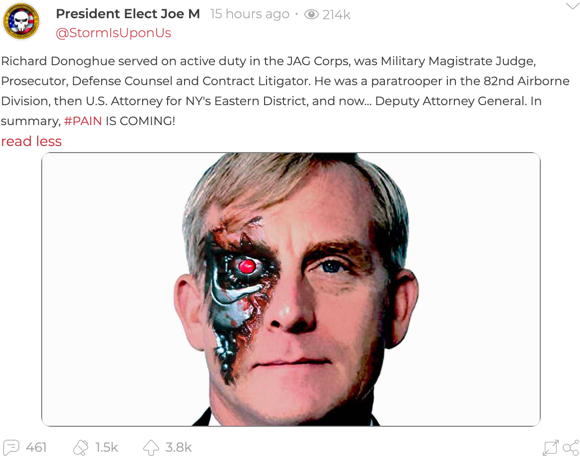 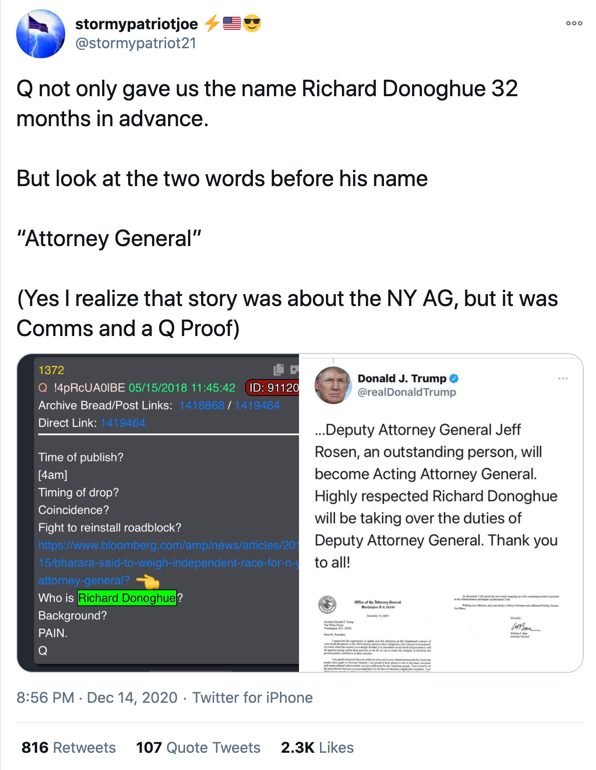 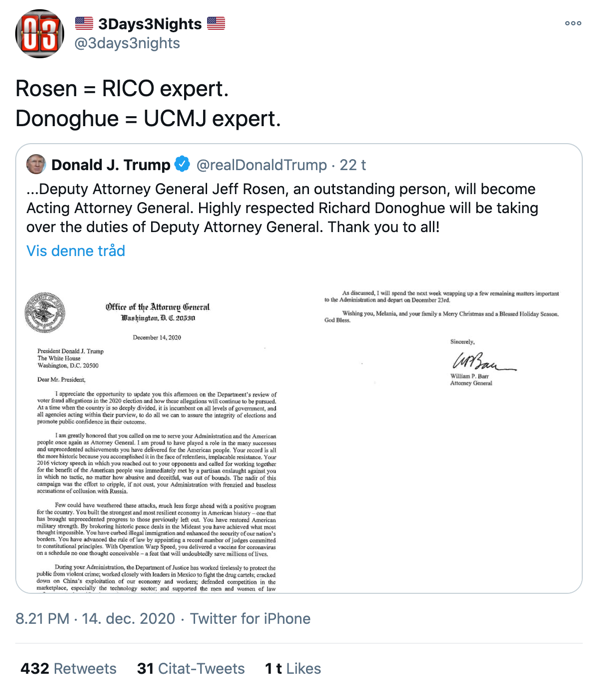 Donoghue is not the first leader in the Justice Department to become a figure in the conspiracy theory: QAnon supporters previously lauded then-Attorney General Jeff Sessions because "Q" suggested he would prosecute Trump's political enemies. Sessions in 2018 had appointed Donoghue to be a U.S. district attorney, something some QAnon influencers also pointed out while hyping his new appointment.