Photo by World Economic Forum is licensed under CC BY-NC-SA 2.0

Fox News executives, up to and including Rupert and Lachlan Murdoch, have allowed the network's commentators to risk the lives of their viewers by downplaying the danger posed by the novel coronavirus. At the same time, those executives implemented serious public health measures -- the likes of which Fox personalities have denounced on-air -- to protect their staff and themselves from COVID-19.

Over the last year, Fox's on-air programming often discouraged its viewers from taking steps to protect themselves from the pandemic that has now killed more than 550,000 Americans -- and polls show those viewers listened.

But while Fox's on-air talent has told their audience that they need not take the pandemic too seriously, the network brass has responded with urgency.

Here are some of the steps Fox's corporate leadership took since the pandemic began to protect themselves and their employees, even as they profited from an audience that had been urged to disregard the virus.

Fox personalities have repeatedly suggested that social distancing is ineffectivein preventing the spread of the coronavirus, and they have aggressively promoted protests against such measures.

But the rants of the on-air talent have come under socially distanced conditions enforced by Fox executives. Since mid-March of last year, Fox hosts have anchored their programs either from home studios, from trucks filled with studio equipment outside their homes, or from Fox studios retrofitted to allow substantial distance between participants.

In early May, Fox hosts were declaring the crisis over and rallying behind then-President Donald Trump's push to "reopen the country" by ending business closures enacted to slow the spread of the virus.

At the same time, Fox executives were pushing back plans to fully reopen their own offices, with only a skeleton crew working at Fox News headquarters to keep the network on-air. "A Friday memo from Fox Corp chief operating officer John Nallen extended the company's work from home directive through June 15," CNN's Brian Stelter reported on May 12, 2020.

He added, "On that date, at the earliest, Fox Corp properties like Fox News will begin a gradual reopening of offices. The date could very well be delayed further." It was.

Indeed, Fox's parent company, Fox Corp., has continued to push back the date at which it would reopen its offices. Lachlan Murdoch, Fox Corp.'s CEO, wrote in a internal memo last month that because "the health and safety of our workforce has remained my priority," the company's return-to-work date would come "no earlier than September 7, immediately after Labor Day."

Some Fox personalities, particularly Tucker Carlson and Laura Ingraham, have frequently used their shows to cast doubt on the effectiveness of face masks in preventing the spread of COVID-19. Trump, a frequent Fox viewer, adopted that view, and polls show a swath of the network's audience did as well.

But masks are required in the common spaces at Fox's headquarters for those who do work in person, according to a network memo.

"We'd like to remind all employees to also don a face covering in Fox News Media shared spaces, particularly when you're not at a socially distanced workstation," the June 18, 2020, memo stated. "For your safety and the safety of others, the CDC as well as state & local officials have asked everyone to wear a face covering when unable to maintain 6-feet of social distance between one another."

When Fox tapes shows before a live audience, those participants agree to an array of pandemic measures. CNN's Oliver Darcy noted in response to a posting about tickets for the upcoming Fox program Gutfeld!: 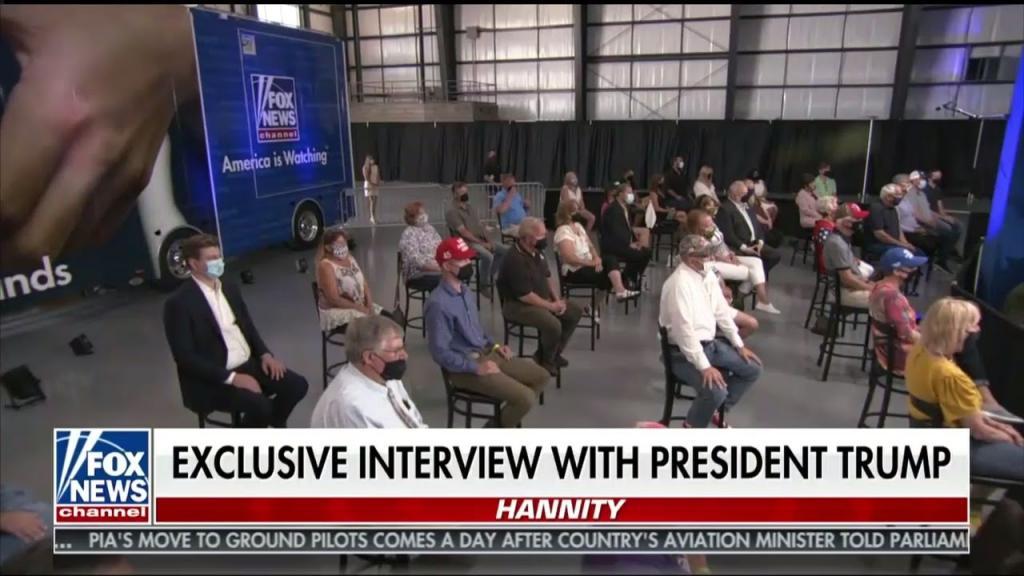 Carlson has emerged in recent months as perhaps the nation's foremost coronavirus vaccine skeptic, using his massive platform to argue that the vaccines are less effective and more dangerous than advertised. He's been rewarded for that commentary, becoming the undisputed face of the network since the 2020 election. His prime-time colleague Ingraham has adopted similar themes.

One person who does not share Carlson's vaccine skepticism is the Fox host's foremost patron, network founder Rupert Murdoch. The Fox Corp. co-chairman was among the first people on the planet to be vaccinated against the coronavirus, receiving his first dose in December, a few months before turning 90.

"I would like to thank the key workers and the NHS (National Health Service) staff who have worked so hard throughout the pandemic, and the amazing scientists who have made this vaccine possible," Murdoch said in a statement at the time, adding, "I strongly encourage people around the world to get the vaccine as it becomes available."

Lachlan Murdoch was so eager to get away from the coronavirus that he fled the country last month.

The Fox Corp. executive chairman and his family left Los Angeles, where he and other top executives had been based, for their $50 million home in the suburbs of Sydney, Australia.

Why might he try to manage a cable news network from the other side of the globe? The country has some of the world's lowest coronavirus rates -- in part due to its strict quarantine procedures.