The pressure to unearth records from January 6, 2021, has ramped up on election subversion strategist John Eastman once again after a federal judge ordered him to produce emails to the Capitol attack probe faster and without skimping on details about his so-called privilege claims.

This latest order follows a previous one that instructed the conservative attorney to begin the records review and commence with the production of privilege logs itemizing whatever documents he wished to hide from the House Select Committee.

Setting a range for emails from his tenure at Chapman University spanning from just January 4 through January 7, 2021, Eastman has complied over the last few weeks. But with the work he has shown, the committee has been forced to lodge objections on privilege claims associated with 130 documents from that time period.

Those documents amount to 568 pages.

The select committee has indicated time and again that Eastman’s communications from just before and after the Capitol attack with White House officials, former President Trump, or other attorneys in Trump’s circle are a leading priority for investigators.

U.S. District Judge David Carter, appointed by former President Bill Clinton, has so far been very sympathetic to that argument.

Ordering Eastman on Monday to produce his reasoning behind privilege claims for each document in the 568-page stack, Judge Carter gave Eastman a one-week deadline.

Not only must he describe why he is shrouding each page, he must also explain the nature of “all attorney-client and agent relationships” that he premises those privilege assertions upon.

Evidence would include “engagement letters, retainer agreements, or other writings,” Judge Carter noted in a two-page order on Monday.

Eastman must also highlight the “timing and scope” for each attorney or agent relationship as applicable.

Politico was first to report on the judge’s order on Monday. During a court appearance with Eastman, Politico noted, committee counsel Douglas Letter told the Los-Angeles based judge that he believed Eastman was still trying to slow-walk documents to the committee.

His privilege logs have been largely indiscriminate and vague, Letter has noted.

Some of the items were demarcated by Eastman as the very nondescript “legal arguments” or “proposals to consider.” 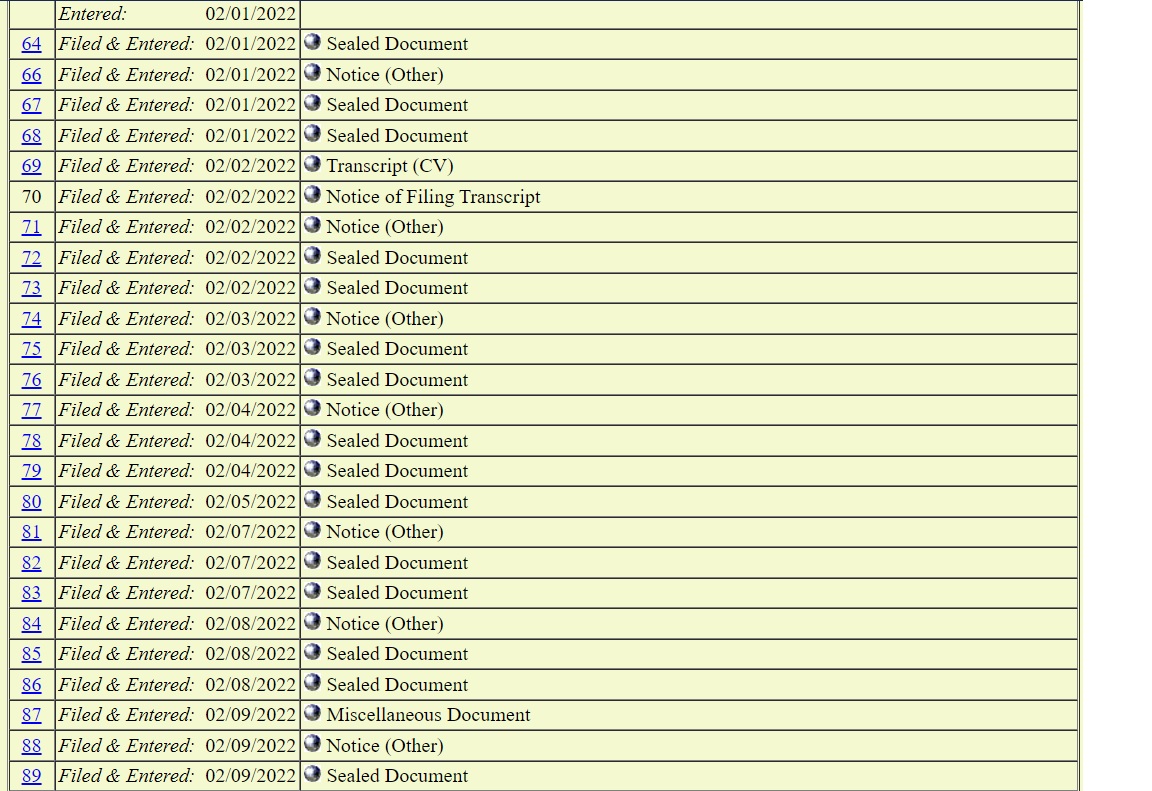 The increasingly voluminous docket for John Eastman’s case against the committee shows a litany of sealed records. Based on notices filed publicly between the sealed documents listed here, the sealed items are presumed primarily to be assorted privilege logs itemizing records Eastman wishes to keep away from January 6 investigators

“Professor Eastman appears to be a central player in the development of a strategy to justify a coup,” Letter told Judge Carter on Monday.

He added that the congressional probe was “finding out lots and lots of information” from witnesses that cast Eastman in that light.

Eastman is responsible for writing a six-point plan that proposed having then-Vice President Mike Pence reject the 2020 election outcome—despite having no constitutional basis to do so.

He was also a prolific advocate of Trump’s election fraud claims, at one point even urging Georgia state senators to appoint their own electors. Further, Eastman attended meetings in Washington’s Willard Hotel with Trump attorney Rudy Giuliani and ex-Trump strategist Steve Bannon before the attack. It was there that the Pence pressure strategy was allegedly discussed.

The probe investigating the Capitol attack has so far conducted over 500 interviews.

For Eastman, simply put, one of the potentially major wrinkles in his privilege argument is related to how he is identified in Trump’s world.

Eastman has publicly recognized himself as Trump’s attorney, but defining that in court and establishing how his legal services are actually arranged is crucial.

Letter emphasized Monday it was Eastman who has the “burden to demonstrate” his privileges.

Whether Trump hired Eastman on retainer must be made distinct. Or wheter Eastman was representing Trump personally versus Trump as president.

Any agreement that was in place or any combination of that agreement, formally or otherwise, or any document tied to these arrangements could expedite the select committee’s understanding of the massive trove of records behind Eastman.

In January, Judge Carter directed him to review no less than 1,500 pages per day plus produce a log notating what items would be shielded. This way the select committee would also be given the opportunity to lodge objections as the review process got rolling.

Eastman objected to the workload but the court initially brushed off his concerns saying the committee’s narrowing of the records request to a few days in January from its original range, spanning November 2020 through January 2021, had been reasonable.

Besides the 568 pages from January 4 to January 7 now on deck for more immediate scrutiny, the Trump ally has still laid privilege claims on over 10,000 pages of emails.

This is in addition to the 94,000 pages already flagged by the committee.

Politico reported that Eastman said in court Monday he reviewed some 46,000 pages so far from that tranche. He gave 8,000 pages to the select committee while another 27,000 pages were withheld because they were “boilerplate” emails for things like campaign donations or unrelated newsletters.

The remaining 11,000 pages in that batch are records Eastman is still trying to shield through privilege assertions.

With the latest demands for the January 4 to January 7 records set, Judge Carter offered Eastman some flexibility.

For now, the new review cap only goes into effect for the remainder of February and then for the first week of March.

“The court is cognizant of the time required to draft comprehensive privilege briefings for this number of documents,” Carter wrote.

Eastman’s next day in court is March 9.