Florida veteran Brian Kolfage, former Trump chief strategist Steve Bannon, and two others "orchestrated a scheme to defraud hundreds of thousands of donors" who supported their online crowdfunding campaign effort to construct a barrier on the U.S. southern border, according to an indictment federal prosecutors unsealed Thursday. The group had relied on credulous coverage and support from right-wing media outlets and personalities to drive more than $20 million in donations.

In December 2018, as President Donald Trump prepared to shut down the federal government in hopes of obtaining funds to build his long-sought border wall on the U.S. border with Mexico, New York Post columnist Michael Goodwin suggested that the president's supporters instead crowdfund its construction. "Let the people who support the wall pay for it -- directly and voluntarily," Goodwin wrote.

The next day, Kolfage, a triple amputee who received the Purple Heart for his service in the Iraq War, launched a GoFundMe campaign promising to give them the opportunity to do just that. His effort grew into the nonprofit operation "We Build the Wall," overseen by an advisory board headed by Bannon which included conservative notables like former Kansas Secretary of State Kris Kobach, former Rep. Tom Tancredo (R-CO), former sheriff David Clarke, and former pitcher Curt Schilling. As part of the fundraising campaign, Kolfage promised that he would "not take a penny in salary or compensation."

The campaign quickly ran into trouble. Journalists at Media Matters and elsewhere quickly discovered Kolfage had a history of shady online fundraising utilizing a network of fake news Facebook pages he controlled. GoFundMe refunded donations in January 2019 after Kolfage broke its rules by saying he would route contributions to the We Build the Wall nonprofit instead of donating it directly to the government, as he had previously claimed. A few months later, The Washington Post and The Daily Beast reported on angry donors upset by the group's lack of transparency and failure to break ground on a wall. A section of barrier the group finally did help fund, constructed by Fox favorite Tommy Fisher on the banks of the Rio Grande, is reportedly on the verge of collapse after poor engineering led to predictable erosion at its base (the president distanced himself from the project following reporting that it was unstable).

And on Thursday, federal prosecutors charged Kolfage, Bannon, Timothy Shea, and Andrew Badolato each with one count of conspiracy to commit wire fraud and one count of conspiracy to commit money laundering. The four are accused of devising a scheme to secretly and illegally route more than $350,000 in donor funds to Kolfage through the nonprofit and a shell company. Bannon also allegedly cashed in to the tune of more than $1 million from We Build the Wall's donors. They were arrested Thursday morning, will reportedly appear in court this afternoon, and face up to 20 years in prison for each count.

The group's efforts had received extensive promotion from Fox News and Fox Business. Shows including The Ingraham Angle, Fox & Friends, Fox & Friends First, and Cavuto: Coast to Coast all hosted Kolfage or another We Build the Wall representative to discuss the campaign, and America's Newsroom, Lou Dobbs Tonight, Trish Regan Primetime, and The Story also plugged it, asdidseveralFoxNews.comarticles, including a lengthy profile of Kolfage.

Since We Build the Wall's inception, numerous other right-wing outlets and commentators -- including several with ties to the president -- have touted the operation to their followers. Here's a list: 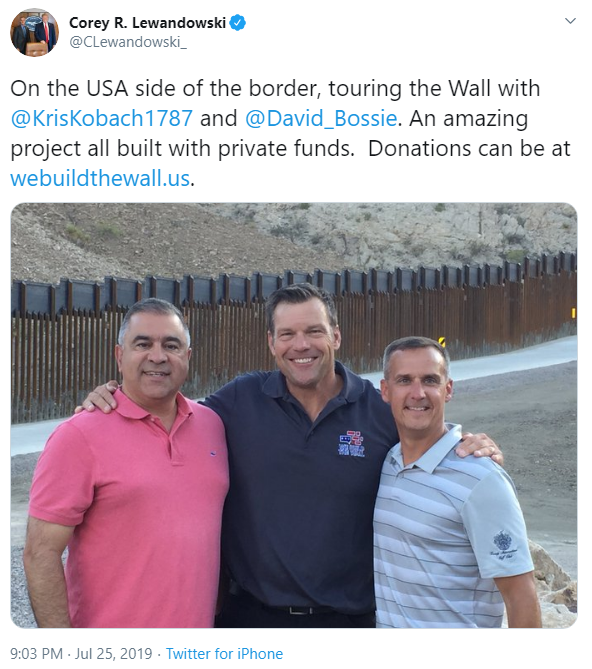 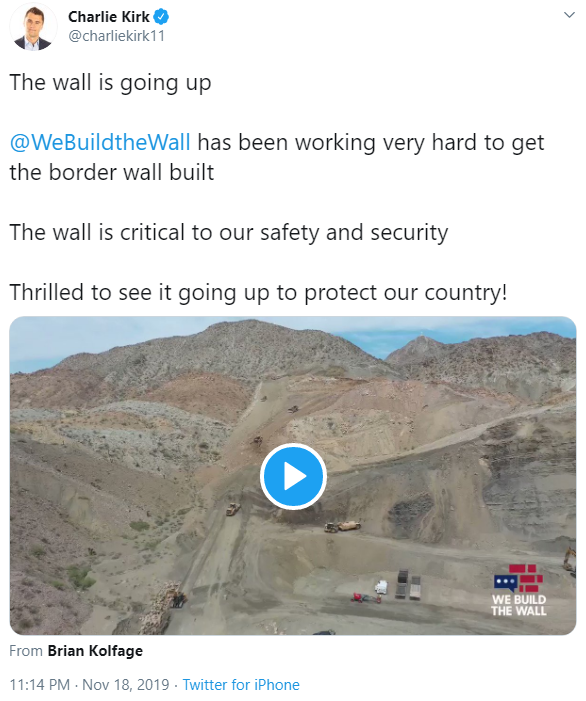 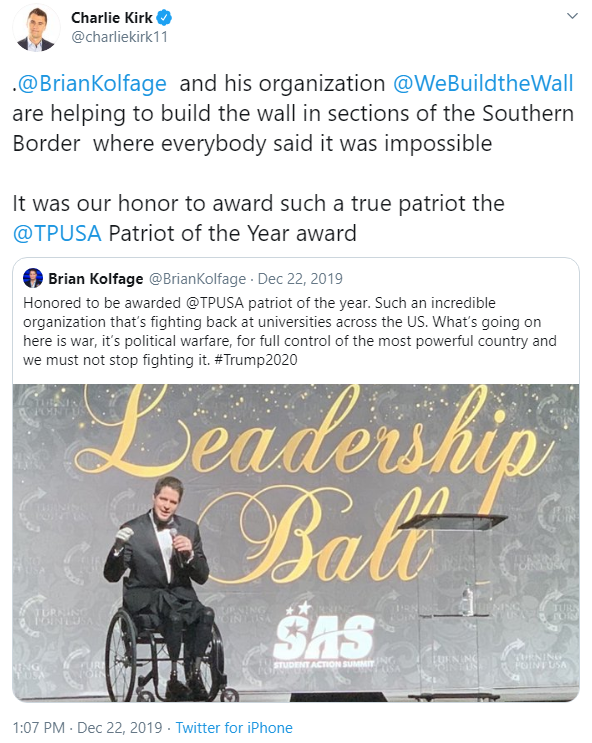 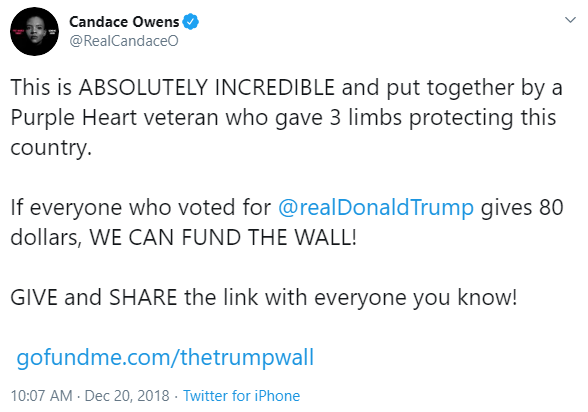 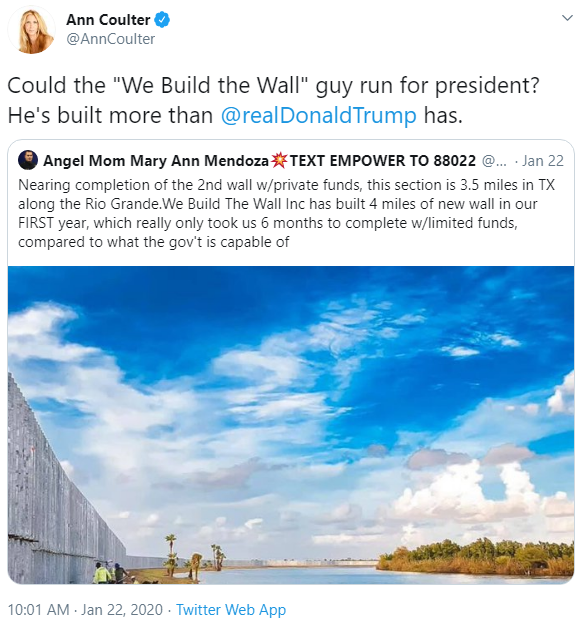 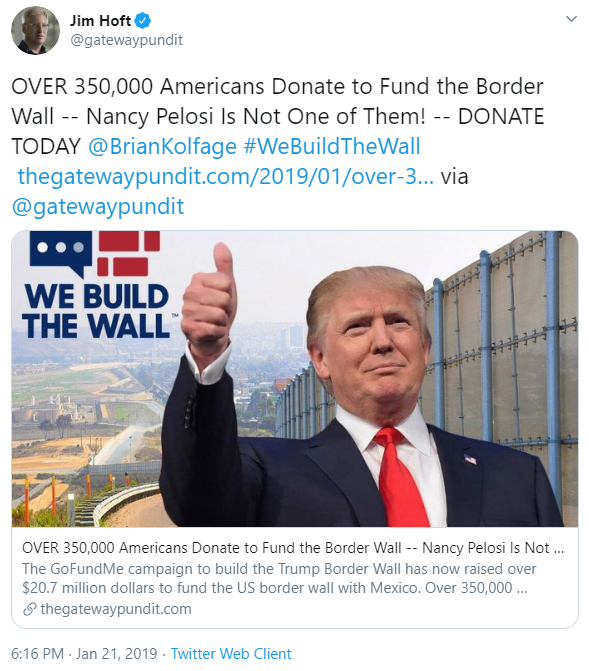 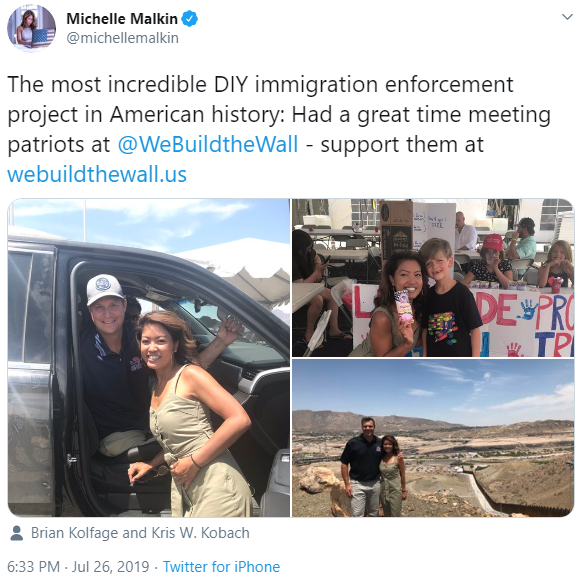 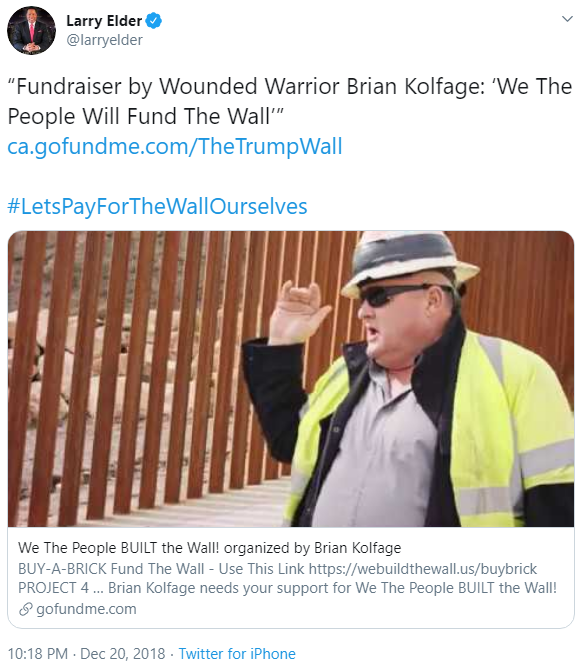 Ed Martin, radio host and member of the Trump campaign's Catholics for Trump and Pro-Life Voices for Trump advisory boards: 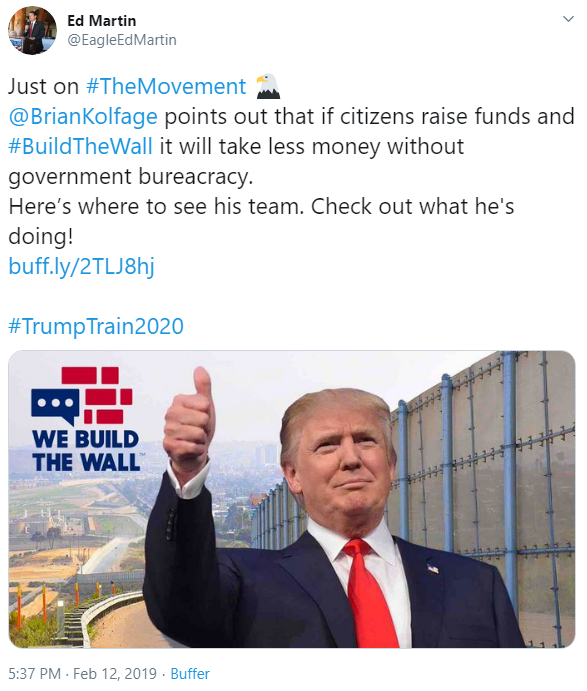 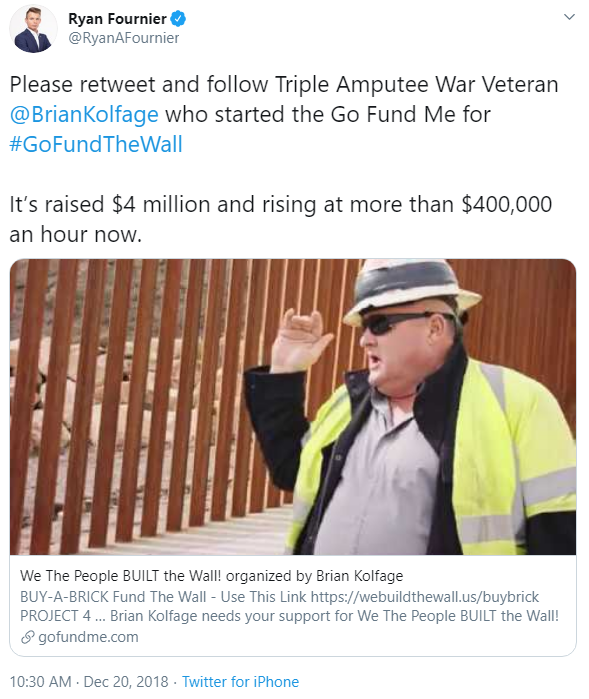 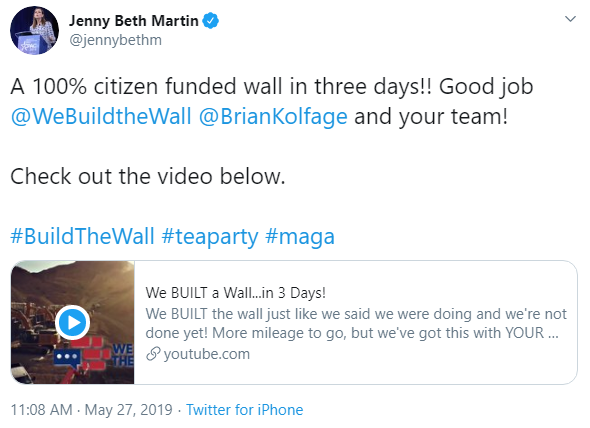 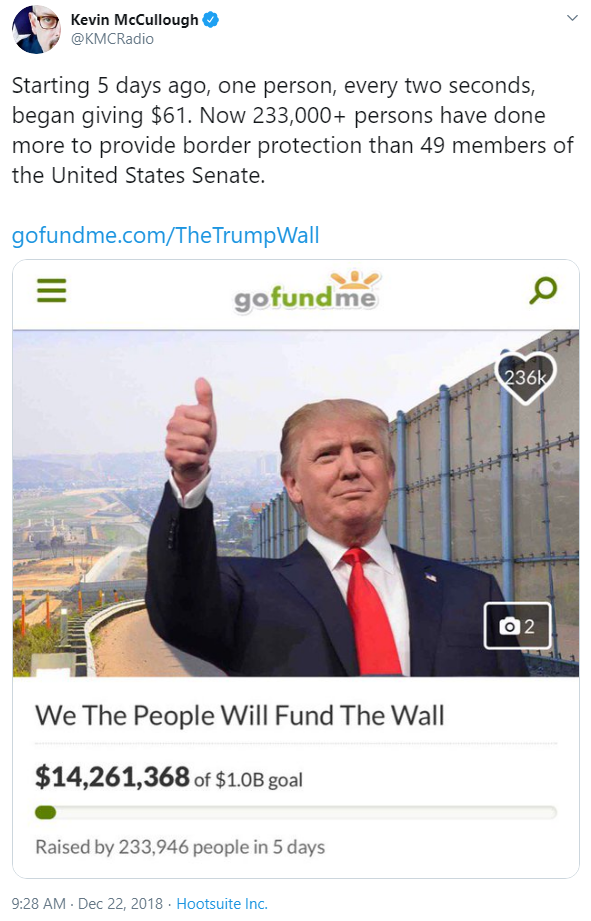 They said it couldn't be done
By Mike Huckabee
There is a wide gap in the border barrier near El Paso where hundreds of illegal entrants and a lot of drugs pour into the US virtually every day. It was completely open, with not even a barbed wire fence. The Army Corps of Engineers claimed that because of the terrain, it was impossible to build a wall there. And we know about the liberal judges who keep blocking President Trump's efforts to build it.
Yet, over the weekend, a private group called "We Build The Wall," funded by $20 million from 260,000 private donors on GoFundMe, started building a wall there, and reportedly completed half a mile of wall in just four days.
https://www.foxnews.com/us/we-build-wall-starts-co...
Organizer Brian Kolfage said critics claimed it was impossible and that the fundraiser was a scam. But he found that the entire project, from finding and buying the property to getting a plan to finding a contractor to putting up the wall, took only 57 days. Kolfage told Gateway Pundit, "We threw like 15 people together and we just built an international border wall. So I think this sticks the thumb in everyone's eye who said we couldn't do it." There are more quotes, photos and videos at this link:
https://www.thegatewaypundit.com/2019/05/exclusive...
It's a testament to how quickly things can get done when you don't rely on the government to do them. Ironically, the one thing government excels at is putting up barriers to getting anything done, except when what you want them to do is put up a barrier, and then putting up a barrier becomes absolutely impossible.

From Your Site Articles
Related Articles Around the Web
steve bannon