On January 27, the Department of Justice announced that it had filed charges against Douglass Mackey, alias "Ricky Vaughn," regarding allegations that he had interfered with the 2016 election. Mackey, a white nationalist who was eventually banned from Twitter, allegedly conspired to use social media to spread false information about voting in 2016 – specifically, claiming that people could text in their votes. Parts of the misinformation campaign appeared to target Black and Latino people. The complaint alleges that "at least 4,900" telephone numbers did just that.

Fox host Tucker Carlson ignored what Mackey's actual charges claim and instead shouted that Mackey had merely "hurt [the] feelings" of liberals. Carlson said that Mackey's arrest was proof that the First Amendment is "effectively suspended," and he declared that "we are clearly living under some form of martial law at the moment."

Carlson was flatly pushing lies. He either didn't read the one-page Department of Justice press release explaining the charges of voter disinformation or decided to just flat-out lie given that his own network argues no reasonable viewer takes him seriously anyway. Mackey's posts solicited people to text a specific number to vote, and there is evidence a large number of them did. There are no "meme" or "LOLz" exceptions for breaking the law.

It wasn't just Carlson either. Far-right figures coalescedaroundtheideathat Mackey's arrest was political, part of a "war on Trump supporters" by the Biden administration. Michael Tracey, best known for surviving a close encounter with Rep. Maxine Waters (D-CA), derided the charges as well.

Mackey had a long history of explicit bigotry that Carlson simply elided. Carlson failed to mention that under his "Vaughn" pseudonym, Mackey amassed a large following on social media through which he became a prominent source of white nationalist and anti-Semitic content.

"Vaughn" at one point spoke of his support for creating all-white communities and the shunning of interracial marriages "to maintain our unique culture and racial heritage." Mackey rebranded as a pro-Trump account in 2016, promotingcontentthat pushes fear of Muslim refugees and other immigrants, and supportedDonald Trump'slie that thousands of American Muslims celebrated the 9/11 attacks in New Jersey. 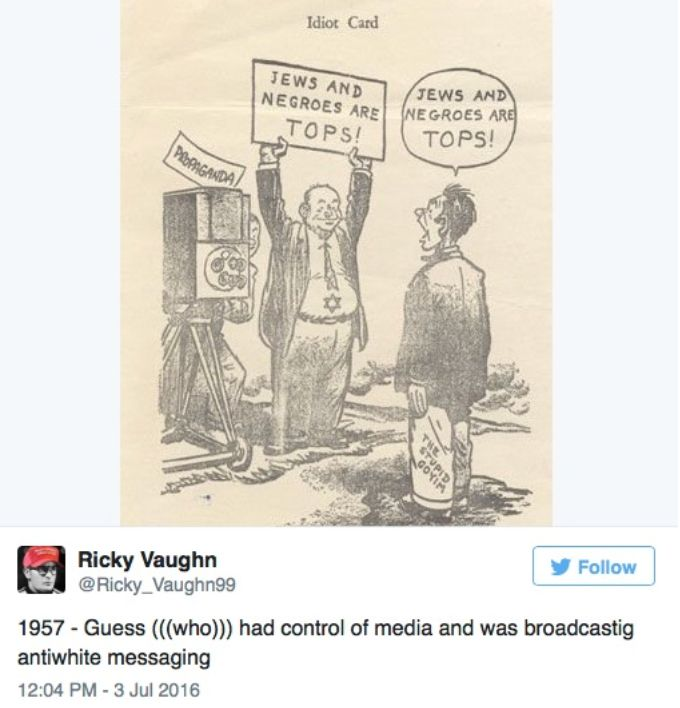 It would be hard for Carlson not to have an idea of Mackey's history given that if you simply ran a Google search for his name, you would findmultipleprofilesandreports that examined his white nationalist views.

It's unclear why Carlson didn't acknowledge what is plainly obvious. Maybe he didn't want to alienate hiscoreaudience, or maybe he is still on the hunt for a new head writer.

From Your Site Articles
Related Articles Around the Web
tucker carlson