Trial Spotlights Moment When Trump Tried To Get Pence Killed

Photo by History in HD on Unsplash

Over the course of their presentation, House impeachment managers showed how Donald Trump groomed his supporters to be outraged, repeatedly encouraged violence, and finally directed them to carry out their assault on the Capitol building in order to interrupt the counting of electoral college votes. The day was full of shocking moments and previously unseen images. The number of moments when enraged insurgents intent on murder came within feet of members of Congress should have been sobering—if not terrifying—to everyone watching in the Senate.

One other thing that came up during the day was a repeated theme of praise for the way that Mike Pence did his job on Jan. 6. That may seem like a strange approach for a Democratic team to take in dealing with the impeachment of a Republican president. But pointing out how Pence stood up to Trump in saying he would certify the results of the count serves two purposes: First, it allows the House managers to showcase that a Republican can, in fact, oppose Trump, providing Pence as a role model for any Republican senators who might think of stepping out of Trump's fear-shadow.

But the other thing it does is point the finger straight at what might be the most chilling moment of January 6—one that showcases Trump's absolute malice and depravity.

The complete story of that moment was split across two presentations on Wednesday. First, as Rep. Stacey Plaskett reviewed the events of that afternoon, there was the footage and diagrams showing just how close the insurrectionists came to capturing Pence. Second, a presentation from Rep. Joaquin Castro showed how Trump's tweets about Pence came even as people were begging him to stop his supporters. When it's all put together, it looks like this. 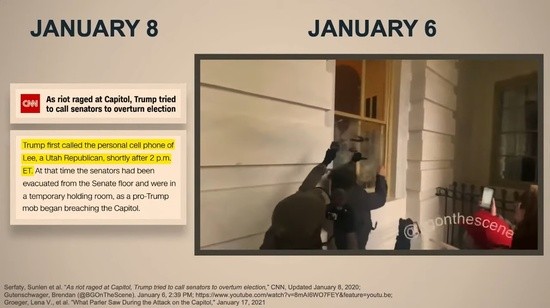 As insurgents smash their way through the Capitol windows and doors, Donald Trump ignores the violence being seen on every network and tries to make a call to Sen. Tommy Tuberville. Instead, he dials Sen. Mike Lee. At the end of the day on Wednesday, Lee objected to this information and asked that a statement attributed to him be stricken from the record. However, these are the only statements made by Lee that were mentioned anywhere in the House presentation.

Thanks to Lee's objection, Sen. Tuberville was questioned about the phone call on Wednesday afternoon and told reporters from Politico that he ended the phone call by saying this: "I said 'Mr. President, they just took the vice president out, I've got to go.'" 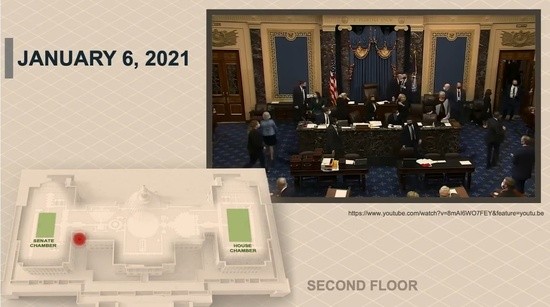 Thanks to Tuberville's statement, there's a definitive time stamp on the call. Because Pence was quickly removed from the Senate chamber and taken to another location as the Secret Service and Capitol Police worked to secure an exit route.

This means that the moment he hung up with Tuberville, Trump knew both that his supporters had entered the Capitol, and that Mike Pence was in danger. Trump's next action may be his most incredibly depraved of the entire day. Because what he did next was to pull out his phone and enter a tweet that aimed his supporters straight at the fleeing Pence. 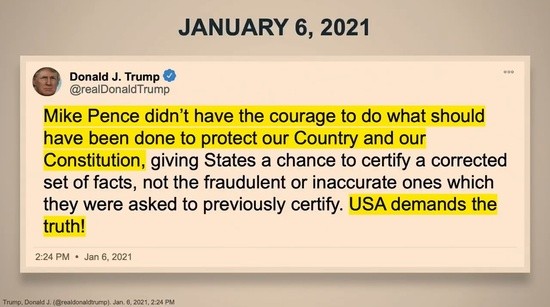 At the Capitol, Trump's tweet was read in real time by the enraged mob, with one of Trump's supporters even blasting out the tweet over a bullhorn just seconds after it appeared. In response, the crowd takes up a chant of "Hang Mike Pence! Hang Mike Pence!" 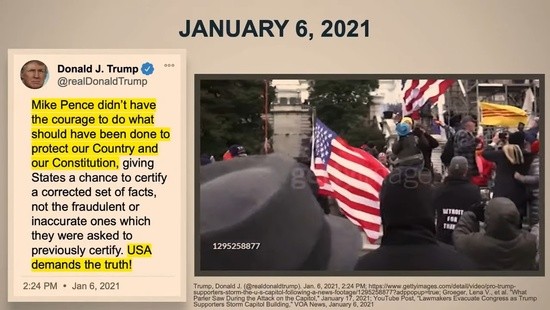 Two minutes after Trump's tweet appears, officers take advantage of the distraction provided by Capitol Police Officer Eugene Goodman to direct Pence and his family down a flight of stairs and out of the building. 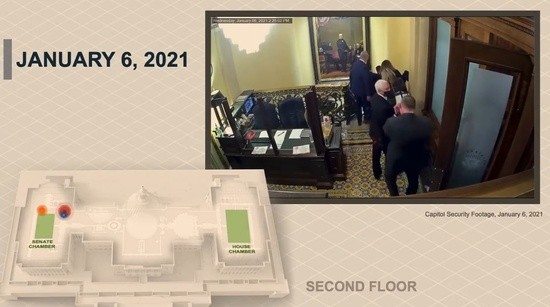 No one can say that Donald Trump didn't take action during those hours following the invasion of the Capitol. Because, on learning that Mike Pence was in peril, Trump acted instantly and decisively … to aim the threat at Pence and his family. Trump went for what he saw as both a chance of revenge at Pence for his refusal to participate in an unconstitutional scheme to "send the votes back" to states, and Trump saw an opportunity to do what he had just tried to gain from Tuberville—a delay in counting the votes. After all, what better way to delay than to have Mike Pence hanging from a gallows on the Capitol lawn? 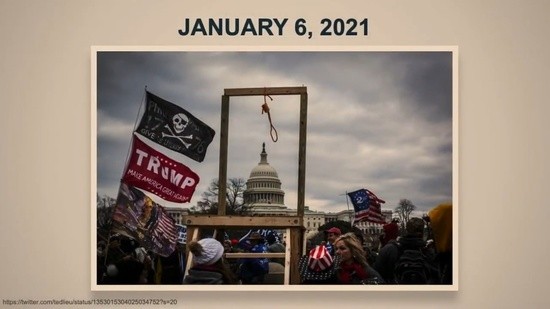 Thanks to Lee's objection, Tuberville nailed down the timing of Trump's call. And thanks to Tuberville, we now know the full sequence of events. And thanks to that sequence we know this: Donald Trump acted quickly and deliberately in an attempt to harm or even kill Mike Pence.

From Your Site Articles
Related Articles Around the Web
mike pence