Photo by Anthony Crider/ CC BY 2.0

During Tuesday's presidential debate, President Donald Trump was asked by Fox News anchor and moderator Chris Wallace to condemn white supremacist groups, and the president responded with a direct plea to the violent, neo-fascist "Proud Boys" gang, telling them to "stand back and stand by."

Chris Wallace: "Are you willing, tonight, to condemn white supremacists and militia groups and to say that they nee… https://t.co/S58cOWUbQx
— Axios (@Axios)1601432124.0

Immediately, members of the group and far-right reactionaries celebrated the president's statement.

The Proud Boys (via Telegram) 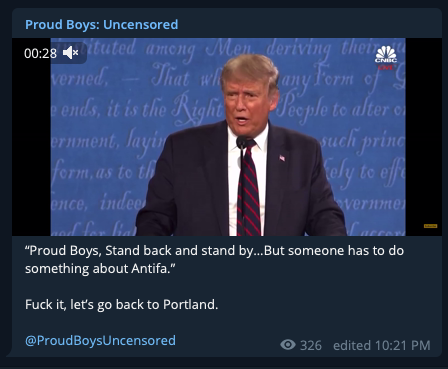 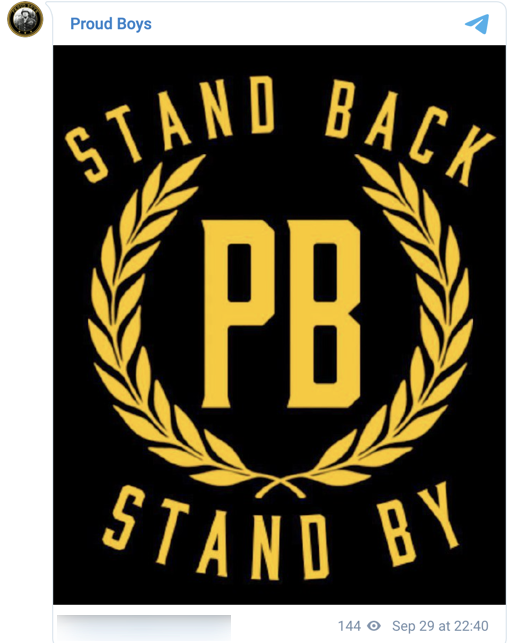 The Proud Boys (via Parler) 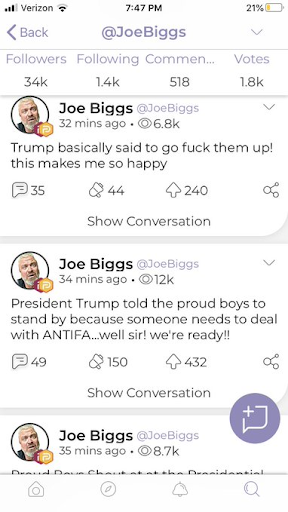 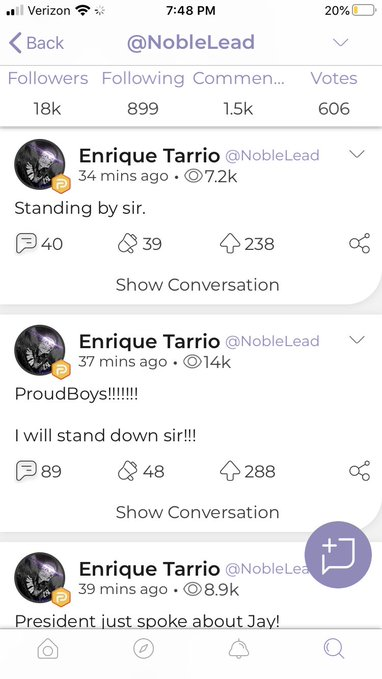 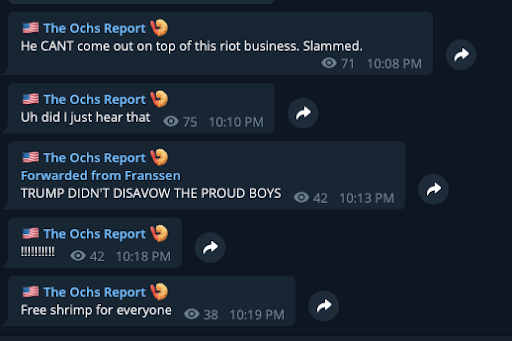 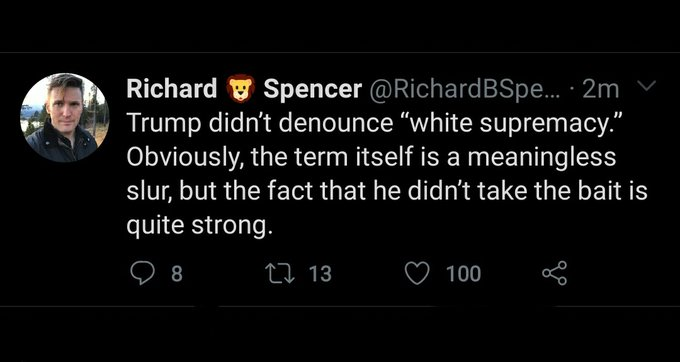 As a former Department of Homeland Security intelligence analyst told The Daily Beast's Will Sommer, this all could have grave consequences in the coming months:

Daryl Johnson, a former Department of Homeland Security intelligence analyst who in 2009 warned of the growing threat of far-right militias, told The Daily Beast that "within the context of Trump's statements which insinuate future voter fraud, a rigged election, etc., [it] sounds like a subtle endorsement of future use violence by the Proud Boys. Again, another statement by the president that fans the flames of fear and seems to support violent far right groups, rather than condemn them."

From Your Site Articles
Related Articles Around the Web
proud boys

ORLANDO, Fla. – Joel Greenberg, Seminole County’s disgraced former tax collector, has agreed to plead guilty to six federal crimes — including sex trafficking of a child — in a deal that calls for him to cooperate with federal investigators, according to a source with knowledge of the agreement. The deal, which will be made official during a Monday morning court hearing Greenberg is required to attend, marks a turning point in the sprawling federal investigation that has roiled Florida politics and reportedly taken aim at Greenberg’s friend and ally U.S. Rep. Matt Gaetz. In addition to traffic...

From Your Site Articles
Related Articles Around the Web
joel greenberg