After the Supreme Court on Friday declined to hear a lawsuit from Texas Attorney General Ken Paxton to overturn the election, many far-right pro-Trump media figures, social media personalities, Republican Party officials, and former congressional candidates expressed support for secession from the United States or the use of the military to overturn the election which President Donald Trump lost.

The lawsuit sought, in a "seditious abuse of judicial process," to invalidate the election results from several swing states that contributed to President-elect Joe Biden's victory. This extreme attempt to overthrow our democracy garnered mainstream Republican support, with 17 GOP state attorneys general and more than half of House Republicans signing on in support of it.

The Supreme Court's rejection of the lawsuit did not end Trump supporters' calls to overturn the election results. While treason talk -- fueled by Rush Limbaugh -- had already begun in the right-wing circles before the Supreme Court announced its decision, it really took off afterward.

Texas GOP Chairman Allen West, a former member of Congress and a former Fox News contributor, helped lead the way with a call for secession, writing in a press release: "Perhaps law-abiding states should bond together and form a Union of states that will abide by the constitution."

Other pro-Trump figures either endorsed this call, made their own comments in favor of secession, or called for military action to overturn the election.

BRENDON FALLON (HOST): Previous presidents of the United States have exercised presidential prerogative power.
...
While the U.S. Constitution uses Congress and the courts to limit the power of the president, it also confers "presidential prerogative power" on the president.
...
President Trump has considerable resources at his disposal to preserve America's law and order such as the military, the police system, the special forces, and certain reliable facets of government. Judging from the actual voting results in this election, he has the support from the majority of Americans. In addition, the alt-left minority of the Democratic Party along with the fake news media outlets and online social media have not received the moral approval of the general public, so their authority is at the very least questionable.
...
The society expects the U.S. judiciary both local and federal to take immediate, comprehensive, and effective action to thoroughly investigate this massive attack on the very core of American democracy. President Trump is empowered by the U.S. Constitution to exercise his authority to take decisive and effective emergency measures to stop such a large scale attack. Regardless of whether the destructive attack comes from within or outside the country, it is the responsibility of the president of the United States, every government official, and every American citizen to protect the U.S. Constitution and founding principles of American democracy. 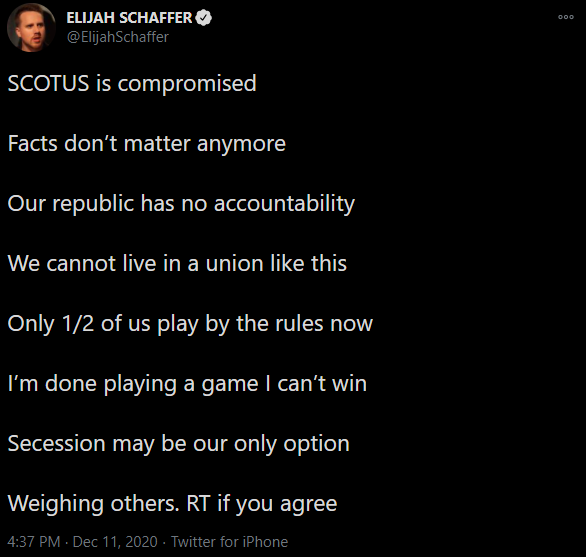 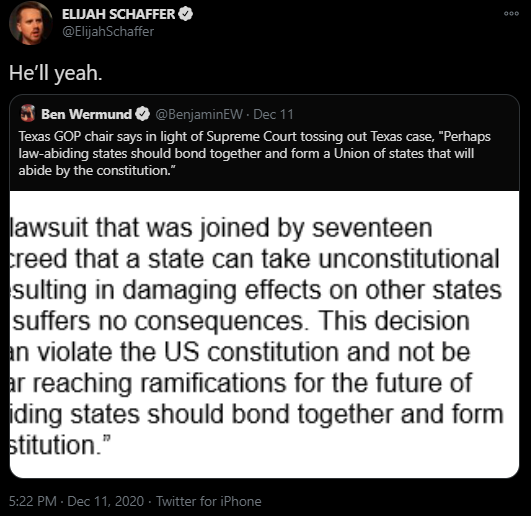 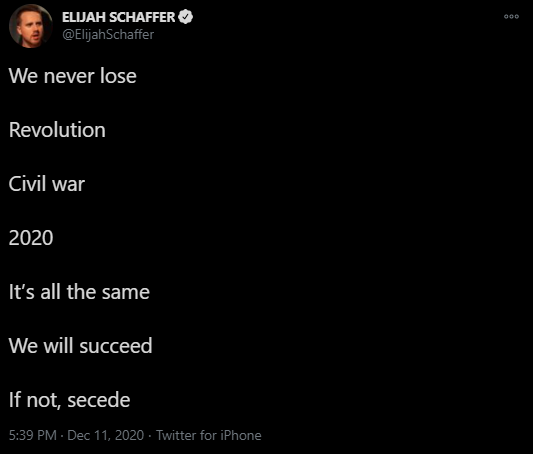 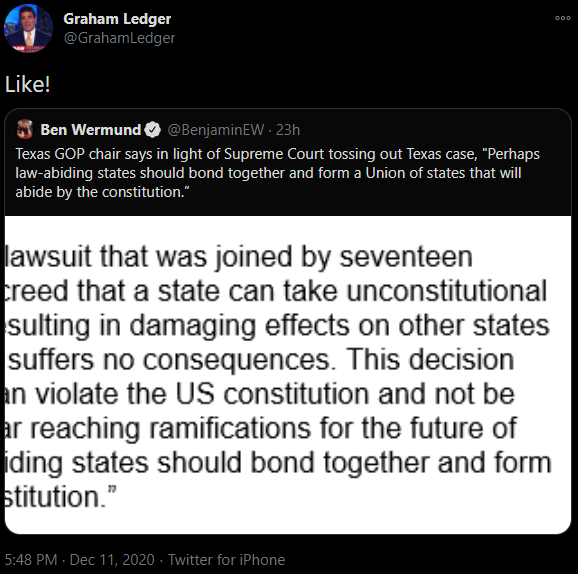 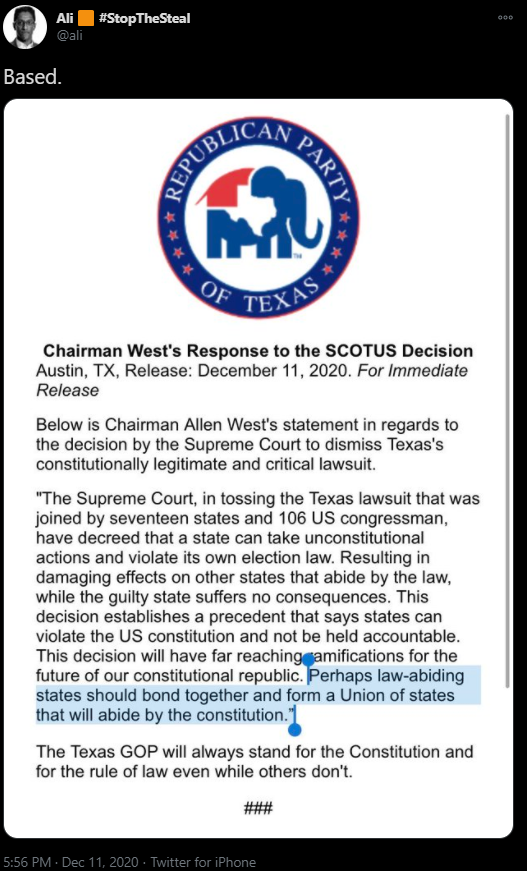 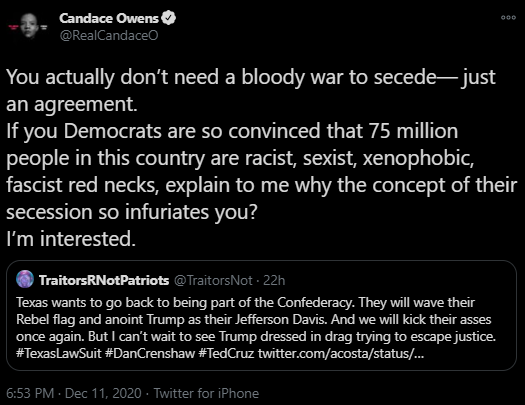 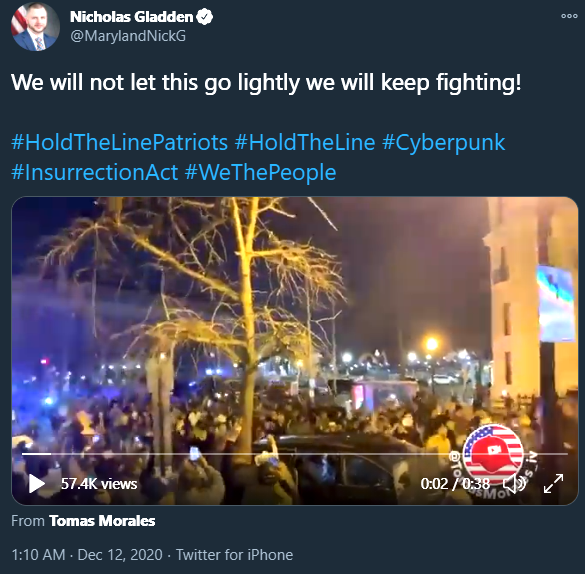 Multiple QAnon influencers are demanding the military interfere and overturn the election in response to the Suprem… https://t.co/NQEXRuFRVH
— Alex Kaplan (@Alex Kaplan) 1607731532.0

From Your Site Articles
Related Articles Around the Web
secession