A viral video pushing misleading claims about coronavirus vaccines and masks has earned at least 30 million views from uploads directly on mainstream social media platforms. In addition to this extensive view count, the video has also seemingly received millions of Facebook engagements despite these platforms' rules against coronavirus misinformation.

Despite those rules, the new video promoting lies about the pandemic and vaccines has already spread extensively on these platforms in just a few days.

The viral video features a man named Dan Stock -- who has said he was at the United States Capitol building during the January 6 insurrection -- speaking in front of an Indiana city's school board, where he makes multiple false claims. Calling himself a "functional family medicine physician," Stock falsely suggested that coronavirus vaccines were not effective, saying, "Why is a vaccine that is supposedly so effective having a breakout in the middle of the summer when respiratory viral syndromes don't do that?" He also falsely claimed, "People who have recovered from COVID-19 infection actually get no benefit from vaccination at all," and inaccurately alleged that masks do not work, saying that "coronavirus and all other respiratory viruses ... are spread by aerosol particles, which are small enough to go through every mask." And rather than vaccines, Stock suggested people use the drug ivermectin to treat COVID-19 -- which the FDA has specifically advised against.

On Instagram, uploads of the video have earned more than 4.6 million combined views. One upload, from right-wing host Sebastian Gorka, has received more than 3.5 million views alone. (In fact, Gorka's uploads of the clip on Instagram and Twitter appear to have contributed to nearly 30 percent of the known views of native uploads on mainstream social media platforms.) Another Instagram upload has nearly half a million views alone. And "Disinformation Dozen" member Sherri Tenpenny, who is ban evading on the platform, got thousands of views for her upload of the video. 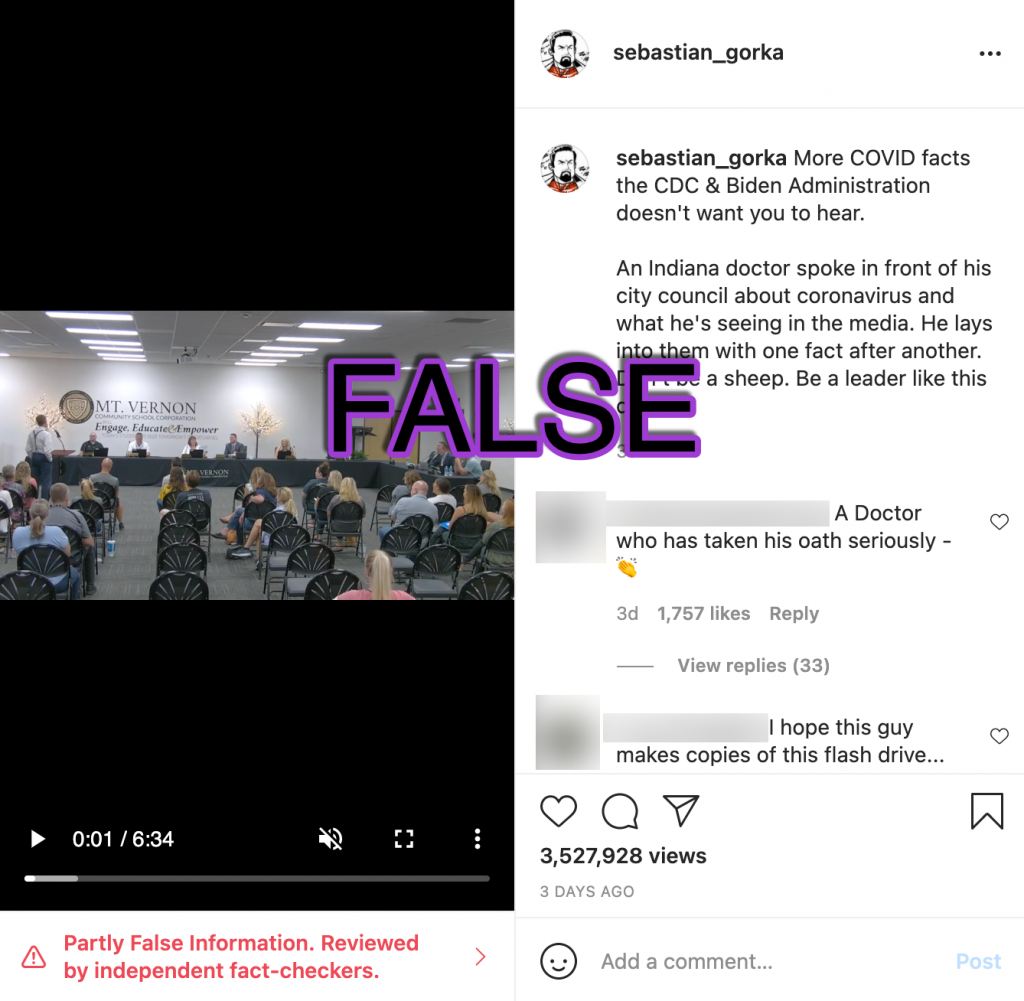 Uploads have also circulated on Facebook, with copies of the video earning at least 100,000 views. A page called Hancock County Indiana Patriots, which claims to have first uploaded the viral clip, got more than 90,000 views for its upload of the video which was then shared by John Jacob, a Republican member of the Indiana House of Representatives. (Jacob also earned thousands of views for his own upload of the video.) 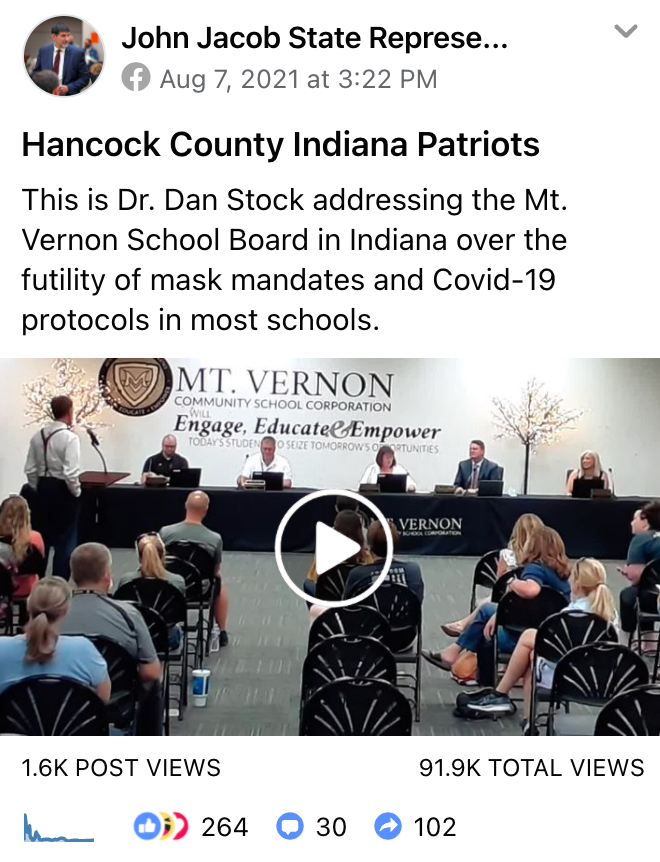 On YouTube, uploads of the video have earned at least 6.5 million views. One version earned well over 3.6 million views before it was taken down for violating YouTube's community guidelines. Multiple uploads of the video -- including the one with millions of views -- also carried ads, meaning YouTube had profited off of spreading these harmful COVID misinformation claims. 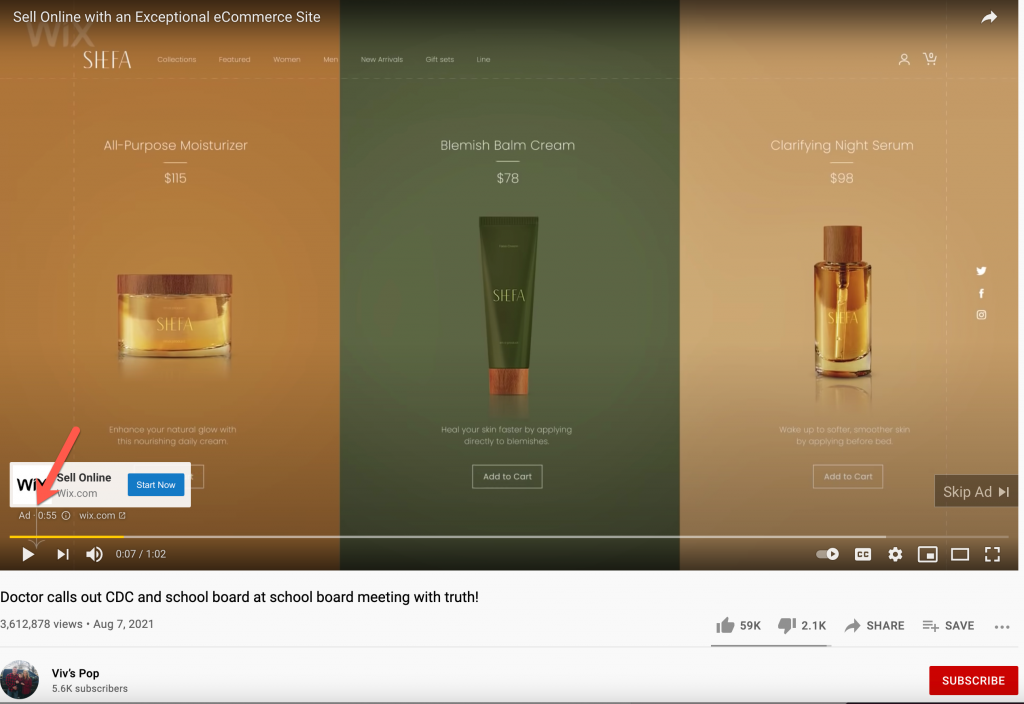 On Twitter, uploads of the video have received more than 5.5 million views. Similar to Instagram shares, most of the Twitter views come from an upload by Gorka which was shared on the platform by Rep. Jim Jordan (R-OH) and The Daily Wire's Candace Owens, among others. Gorka's upload was ultimately blocked from being shared on Twitter, but only after days of remaining active. 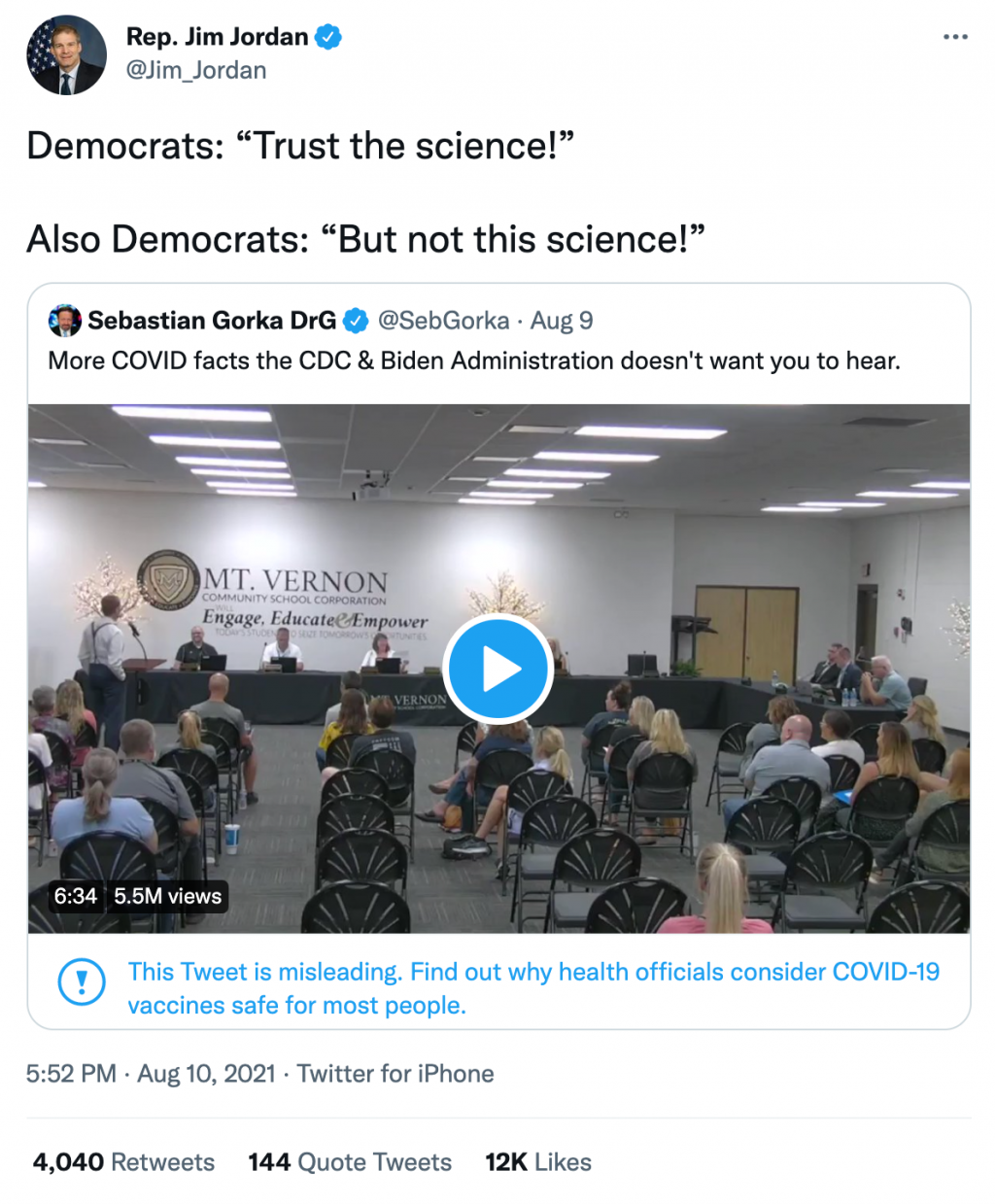 And on TikTok, one user's upload of the video (divided into two parts) earned roughly 14 million views alone. A member of the major TikTok conservative group Republican Hype House also uploaded the video, getting thousands of views. 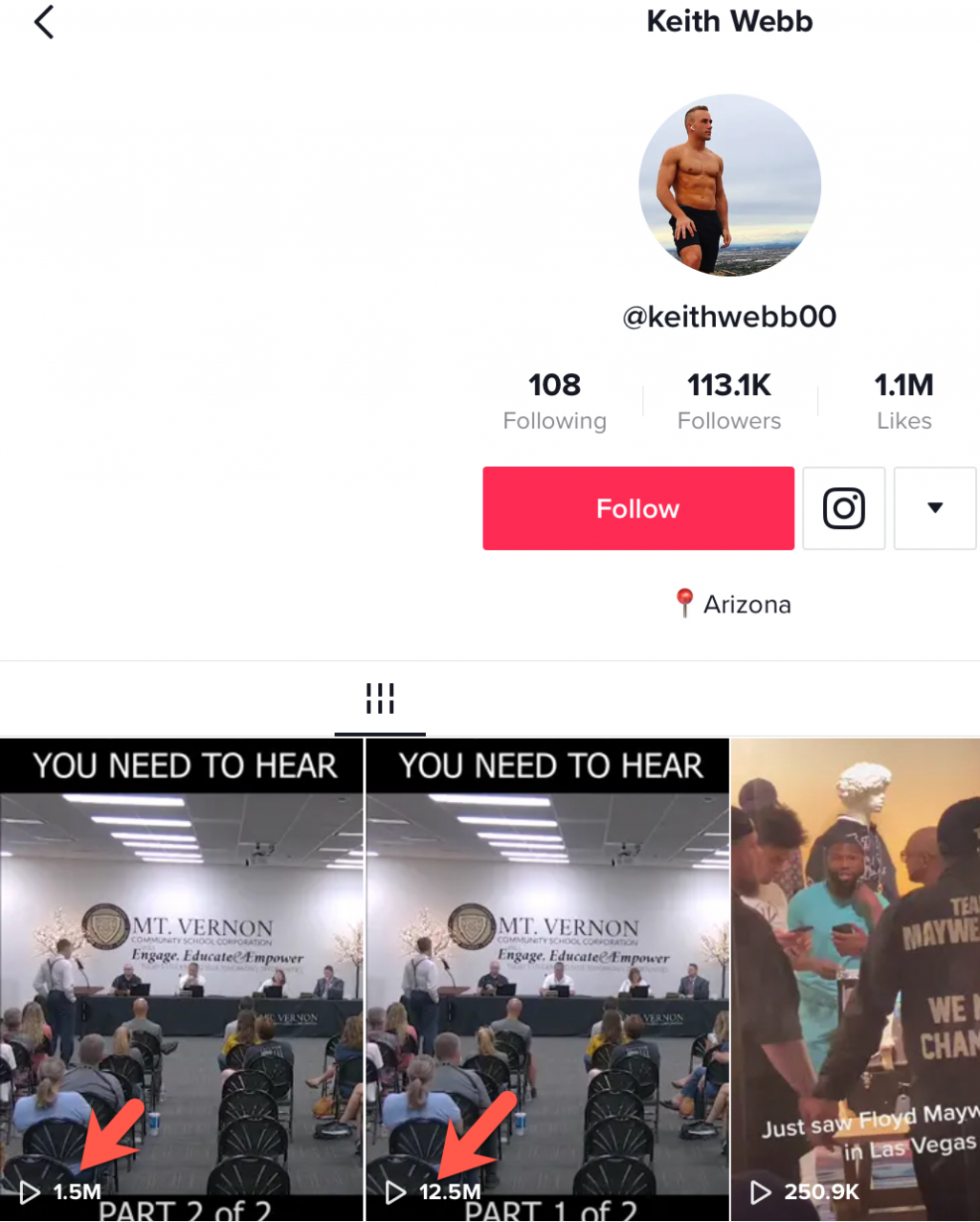 That a new coronavirus misinformation video was not just able to go viral but apparently surpass the wide spread of previous COVID conspiracy theory videos suggests that many social media platforms continue to struggle with enforcing their policies against misinformation about vaccines and COVID-19. Similarly, the video's ongoing reach shows that efforts by these platforms to label or take it down are not happening nearly fast enough to contain the spread of such harmful misinformation.

Seven or eight months ago, many Democratic strategists feared that the 2022 midterms would bring a massive red wave like the red waves that plagued President Bill Clinton in 1994 and President Barack Obama in 2010. But that was before the U.S. Supreme Court’s radical-right majority handed down its decision in Dobbs v. Jackson Women’s Health Organization and overturned Roe v. Wade after 49 years. Senate Minority Leader Mitch McConnell still believes that Republicans are likely to “flip” the U.S. House of Representatives, but he considers the U.S. Senate a toss-up.

Newly-minted Supreme Court Justice Ketanji Brown Jackson will join the court — the first Black woman to do so — today when the new court term begins. And to say it plainly: I’m ecstatic about it.